The Quest for the 2016 White House Begins

The race for the 2016 Presidency is now well underway, and honestly, things could have started off better in Camp Cetta, that’s for damn sure.  Thus far we’ve raised approximately squat to fund the campaign, making it hard to hire staff, and harder to afford bribes, plus we are yet to be approached by civic organizations, lobbyists, special interest groups, the mafia and/or a political party willing to endorse or even recognize our efforts.  Our headquarters, currently located in the laundry room of our building, is still without so much as a banner, and our offer to appear on Hardball to discuss the issues of the future with Chris Matthews has gone unaccepted.  Things are looking kinda bleak here on day five.

Nonetheless we press on. Despite our fiscal and masculine shortcomings, some events this past week showed promise for the long haul.  The candidate (me) pressed the flesh while strolling past the Sheffield Garden Walk, but accidentally, as I didn’t negotiate the sidewalk well and went hands first into a group of DePaul students, who were not appreciative of my mauling.  I then chose to pass up actually entering the event, as I felt the cover charge for such a thing was, in so many words, “egregious.”  (The actual word used was more colorful and related to feces)

More flesh was pressed on the Brown Line train on the way into the city, as the train was rather crammed with a number of unconcerned citizens who did not wish to be accosted or to hear the candidates views on the Spanish Civil War, which admittedly has been over for nearly seventy years, information which didn’t reach the candidate until later in the day. 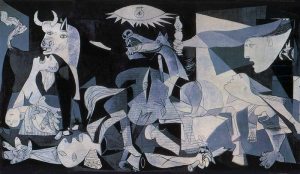 I (the candidate) made a handful of other appearance this weekend, joining the crowds going to see Journey to the Center of the Earth in 3D and more successfully at a sold out show of The Dark Knight, where the long lines provided a captive audience as the candidate extolled the virtues of Hollywood and Bob Kane.

The screening of the popular comic book adventure prompted the campaign to issue its first firm stance on a subject no doubt relevant to the ’16 election, as I announced that I am unequivocally opposed to clowns.

“If we learned nothing else from this epic film – outside of the fact that Gotham looks distractingly like Chicago – it is that clowns cannot be trusted and must be stopped in their silly antics.  If elected, I will do my level best to put clowns behind bars, or at the very least isolate them, exile them to where they can do no harm.  Somewhere like Atlanta.” 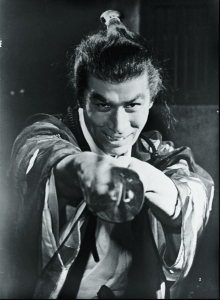 I barely escaped with my life

There was also a dinner sponsored by the candidate’s friends (and co-equally by the man himself) at Café Sushi in Old Town, apparently in an effort to pander to the Japanese-American contingent.

“Let us never remember the tragic lessons of Pearl Harbor!” I proclaimed over a steaming bowl of edamame, drawing sideways, uncomfortable glances from many staff and patrons, perhaps impressed with my skillless use of chopsticks, or perhaps looking for a clear shot at my jugular.

One particularly successful event over the weekend was the attention garnered by the campaign Saturday night, as I managed to place ninth in the nation in a game of Buzztime trivia on the NTN network, under the handle of GOATUS.  This brought us the national exposure we’ve been looking for, and is undoubtedly a springboard to future events which will rally us to greater prominence.  This also all but ensures we shall return to the Lion’s Head Pub on Lincoln Avenue to repeat this free publicity endeavor, perhaps with a handle more easily identifiable with the campaign.

Later this week I will announce my running mate and solidify our still unaffiliated ticket.  Plus, as a bonus to you, my fellow Americans, more beliefs and positions and the issues that matter.

(Please leave comments informing the campaign what issues matter to you, and some hints as to which way you may be leaning on those issues. This will help us greater to develop a belief system inside the campaign.)

5 responses to “The Quest for the 2016 White House Begins”