The wife might disagree, but I don’t love all bad movies. Here’s how I figure it – if a movie has exceptionally terrible reviews – your Glitters and Battlefield Earths and Freddy Got Fingereds – I want to see that movie, just to try and understand how it could go so spectacularly wrong. The bigger the movie the better, too, such as, say, the 2015 Fantastic Four. I went and saw that in a mostly empty theater by myself, because I had to see how a potential tentpole/franchise flick could be so purportedly awful. Low budget awful, for the most part, doesn’t interest me. Anyone can make a horrible film given no resources. And mid-range bad also doesn’t hold a ton of appeal – 35%-55% Rotten Tomatoes – who cares? That just sounds boring.

Might be just bad enough to see, but I’d say not

But there are exceptions to this. Tommy Wiseau’s borderline genius disaster of a film The Room is the modern gold standard, clearly standing on the shoulders of the true champion trash auteur, Edward D. Wood, Jr. Plan 9 From Outer Space is so cheap and terrible as to be a thoroughly lovable film. Who doesn’t enjoy Plan 9, for all its cinematic faults? And that brings us to the truly best result of its existence – Tim Burton’s masterpiece biopic. If Wood had only made Glen or Glenda and Jail Bait and Bride of the Monster, his name might still get kicked around in nerdy film circles, but it’s Plan 9 that elevated him to worldwide acclaim – way, way after the fact. And it’s only because it became so embraced as the worst movie of all time that we got this goofy, sentimental movie about movies – my second favorite film in the mini-genre I love so much (next Monday crowns my top movie from this group – stay tuned!). 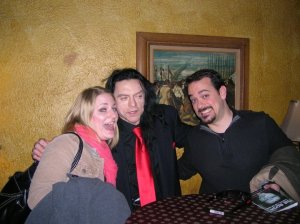 Wood dying before our time, here is the happy couple with the next best dude

END_OF_DOCUMENT_TOKEN_TO_BE_REPLACED

Today! Because if we could just get rid of these actors and directors, maybe we’ve got something here –

Robert Altman’s brilliant movie-about-movies comeback, The Player purportedly features the most Oscar winners and nominees in one movie – and would advance by one if the Academy would just come around to the idea and hand David Alan Grier his statue already! Altman’s ’80s were a rough decade following his massive success in the ’70s, the only significant triumph being his spot-on political HBO mini-series Tanner ’88. But then came the glorious revival, featuring the likes of Short Cuts, Gosford Park, Ready to Wear I guess, and kicked off in ’92 with this epic Hollywood takedown. I think because of the size of the cast, and that insane opening tracking shot, I always think of this movie as being much longer than it is. Tight 124 minutes! I could’ve sworn I had this movie on VHS once upon a time, and it was spread over two tapes. Clearly not! What the hell am I thinking of? I had one of those weird standing plastic VHS racks that had a clearly defined plastic slot for each movie, so two-tapers wouldn’t fit. What movie was that??

My God, was it Magnolia?!

END_OF_DOCUMENT_TOKEN_TO_BE_REPLACED 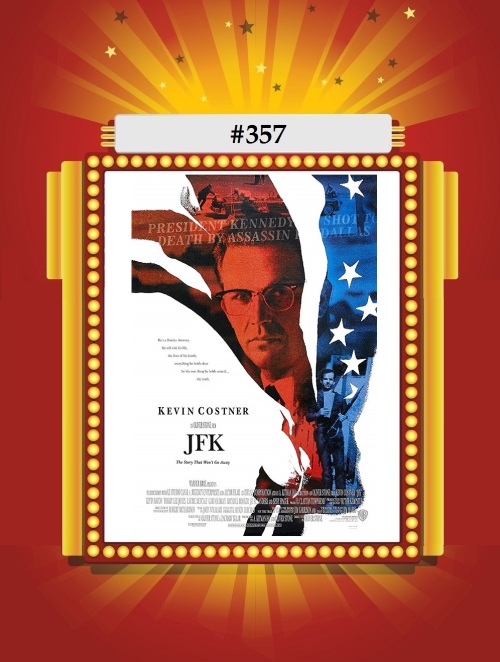 Like most eighth graders, I had a big JFK assassination phase. It was probably prompted by this movie, but there also was a lot of new press swirling around the event at the time of movie’s release, so maybe a combination of the two. Figure, even though the movie very directly covers the trial of Clay Shaw, it also proposes a lot of theories regarding the assassination that maybe hadn’t been widely disseminated, or widely considered, before then. So the press around it was crazy, and 12-year-old Joe got sucked in. I distinctly remember prowling Holy Rosary’s dinky library trying to uncover all the details I could find, in encyclopedias, mostly (shoutout to my long closed middle school!). END_OF_DOCUMENT_TOKEN_TO_BE_REPLACED

Today! Because Elvis is not dead, he just went home –

Ah, that epic summer of 1997! With mediocre sequels (The Lost World: Jurassic Park, Batman and Robin), fair-to-okay star-driven actioners (Con Air, Air Force One), decently performing kids fluff (Hercules, George of the Jungle), and the okay start to the worst two-thirds of a film trilogy ever (Austin Powers), came the apex of Will Smith, the zenith of his ’90s run, that in reality was only like five movies long. He’d continue with hits for years to come, but would only top the gross of MiB once on his own, ten years later in I Am Legend.

But what a fun film to solidify Mr. Fourth of July’s stranglehold on the holiday (a grip completely lost two years later by the Wild Wild West debacle). Smith and Jones made such a great comedy team that they even buoy the utterly average sequel that followed in 2002. Vincent D’Onofrio is marvelously unrecognizable as the alien in the Edgar suit, the subject of the men in black man/bughunt through New York City. It’s a movie that fully explores the comic angles of aliens living among us, while not getting too bogged down in the nuts and bolts of the whole thing. Light, goopy, and very funny, Men in Black is kind of the perfect formula for a summer blockbuster. Oh, and Men in Black 3 is okay too. END_OF_DOCUMENT_TOKEN_TO_BE_REPLACED