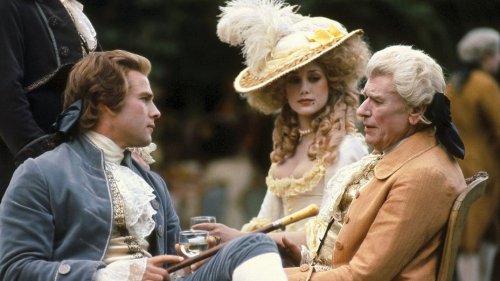 Full Metal Jacket is legitimately two movies slammed together to create a slightly uneven product, even though neither half of the film is particularly flawed. The first section is the more memorable and arguably better part – the Parris Island boot camp sequence, featuring the world’s introduction to the great R. Lee Ermey, former drill instructor playing a drill instructor here and forever afterward, and to future Orson Welles/Bug in an Edgar suit/Wilson ‘Kingpin’ Fisk portrayer Vincent D’Onofrio. Matthew Modine’s Joker, while basically the main character, functions better as the bridge into the second half – the Tet Offensive and harrowing sniper sequence that closes the movie. It’s Joker’s journey we’re on, seeing how the horror of their basic training shapes him straight through into the war itself.

Really, it’s a shame these weren’t two separate films, as I think the second half gets overlooked and undervalued due to the amazing first section. With the possible exception of Apocalypse Now, no film shaped the perception of Vietnam as mad tumult like Full Metal Jacket. The excellent if a bit straightforward Platoon feels like Missing in Action by comparison – it’s not gung-ho, “War is noble” propaganda like virtually every WWII flick pumped out in the ’40s, but it certainly doesn’t have the raw, jangling intensity or chaotic artistry of Apocalypse and Jacket. The second half of the film is as good as any war picture every made, and nothing has ever compared to Jacket‘s basic training. But they don’t fit together very neatly, leaving you scrambling to get your bearings in the transition.

The only Oscar nomination the film received was Kubrick’s 13th and final, for co-adapting Gustav Hasford’s novel The Short Timers. As I may have mentioned earlier, one of the great crimes in cinema history is Stanley Kubrick’s lack of Academy Award wins – only nabbing one for 2001‘s Special Effects, a technically competitive award in ’68, but with only two nominees. He was 0 for 5 for Screenplays, 0 for 4 Directing, and 0 for 3 Producing. And look, I know, the Academy Awards are ultimately only a hair more important than the utterly worthless Golden Globes, but this is the information that travels down through history. Some people can name the first Best Picture winner, but you’ve encountered a true cinema fanatic who knows the other two nominees from 1929, never mind all the other random ’29 movies. These dumb award shows serve as a helpful guidepost for folks interested in exploring older films, so I think glaring, horrible oversights are somewhat important.

I would like to say I could name the three off the top of my head, but I only knew Wings

Coming tomorrow! The client leans forward and says “I have the same tie as you, only the pattern is reversed.” And then he drops dead, face down on the table. Alive and then dead. Brain aneurysm. Maybe everyone has a sentence like that, a little time bomb –