Today! Because if we could just get rid of these actors and directors, maybe we’ve got something here –

Robert Altman’s brilliant movie-about-movies comeback, The Player purportedly features the most Oscar winners and nominees in one movie – and would advance by one if the Academy would just come around to the idea and hand David Alan Grier his statue already! Altman’s ’80s were a rough decade following his massive success in the ’70s, the only significant triumph being his spot-on political HBO mini-series Tanner ’88. But then came the glorious revival, featuring the likes of Short Cuts, Gosford Park, Ready to Wear I guess, and kicked off in ’92 with this epic Hollywood takedown. I think because of the size of the cast, and that insane opening tracking shot, I always think of this movie as being much longer than it is. Tight 124 minutes! I could’ve sworn I had this movie on VHS once upon a time, and it was spread over two tapes. Clearly not! What the hell am I thinking of? I had one of those weird standing plastic VHS racks that had a clearly defined plastic slot for each movie, so two-tapers wouldn’t fit. What movie was that?? 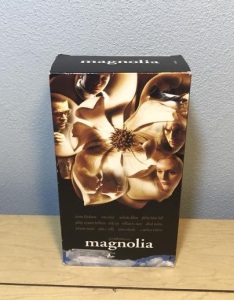 My God, was it Magnolia?!

But yeah, glance at that group above – most are celebrities cameoing as themselves, thus the crazy Oscar trivia connected to this film, but it is still pretty impressive to watch. It’s also impressive to see who was famous enough to qualify as a celebrity in 1992 but not so famous that they would turn down appearing in this movie. Really, with the exception of Julia Roberts and Bruce Willis appearing as the huge stars in the movie inside the movie that ends the film, nearly everyone else just sort of shows up at parties or premieres – Buck Henry pitches his sequel to The Graduate, Lily Tomlin and Scott Glenn are also in a movie-in-the-movie, Burt Reynolds hilariously was given no dialogue, but assumed Tim Robbins’ exec Griffin was an asshole on sight and calls him one.

The plot tends to get a little lost in discussing this movie, because it’s such a technical marvel and is overwhelmed with cameos, but that’s sort of the whole point. A satire about a film executive being threatened by a disgruntled writer would’ve lost a good deal of authenticity without a parade of stars, many former Altman players from past films. It grounds the proceedings in the very unreal reality of Hollywood, while also creating a bit of a tongue-in-cheek swipe at the whole process.

Altman’s third film on the list – after #396 MASH and #365 Popeye – is probably in his personal, what, top five? It’s apparently my third favorite – spoiler alert, see you March 12th for that second favorite! – but as far as strict quality, I might put it behind MASH, Nashville, Short Cuts, and…that might be it. McCabe & Mrs. Miller, maybe. Plus I haven’t seen Gosford Park in a long time. How do you think The Player lines up against Buffalo Bill and the Indians and Prairie Home Companion?

Hint: The Player is definitely better than Buffalo Bill 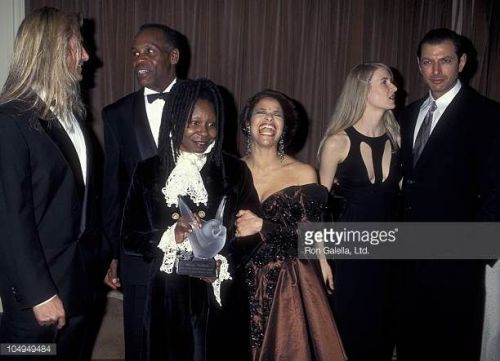 I’m not sure what this Fabio/Danny Glover/Debbie Allen/Laura Dern event is, or who won that glass bird, but here are our Four-Timers together!

Coming Monday! Despite millions of dollars of research, death continues to be our nation’s number one killer –