Today! Because Elvis is not dead, he just went home –

Ah, that epic summer of 1997! With mediocre sequels (The Lost World: Jurassic Park, Batman and Robin), fair-to-okay star-driven actioners (Con Air, Air Force One), decently performing kids fluff (Hercules, George of the Jungle), and the okay start to the worst two-thirds of a film trilogy ever (Austin Powers), came the apex of Will Smith, the zenith of his ’90s run, that in reality was only like five movies long. He’d continue with hits for years to come, but would only top the gross of MiB once on his own, ten years later in I Am Legend.

But what a fun film to solidify Mr. Fourth of July’s stranglehold on the holiday (a grip completely lost two years later by the Wild Wild West debacle). Smith and Jones made such a great comedy team that they even buoy the utterly average sequel that followed in 2002. Vincent D’Onofrio is marvelously unrecognizable as the alien in the Edgar suit, the subject of the men in black man/bughunt through New York City. It’s a movie that fully explores the comic angles of aliens living among us, while not getting too bogged down in the nuts and bolts of the whole thing. Light, goopy, and very funny, Men in Black is kind of the perfect formula for a summer blockbuster. Oh, and Men in Black 3 is okay too.

Best 1964 World’s Fair Throwback is a nice accompaniment to the film’s Best Makeup Oscar, given how many plot details tie into that Queens spectacle of yesteryear. Also, Best Galaxy Bauble is certainly earned by the cat Orion’s collar.

No new Two-Timers here, but we do welcome our first Three-Timer to the list! As I mentioned back in the #385 Bee Movie post, The Larry Sanders Show legend Rip Torn appeared in one of my favorite scenes ever captured on film (maybe another list for 2021?) – in the ego-driven nonsense that is Norman Mailer’s starring/directing vehicle Maidstone, Rip Torn the actor attempts to murder the real-life Mailer with a hammer, all the while explaining he needs to do it for the sake of the film, in which Mailer plays a film director. And the scene goes on forever, with some pretty shitty acting by the other participants, and Torn possibly drugged out of his mind. It’s magnificent. 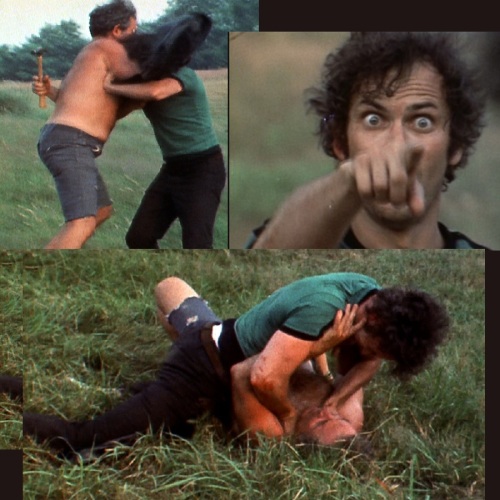 I cannot recommend the last ten minutes of Maidstone enough.