Today! Because I have been through every one-horse shithole for a 200 mile radius – 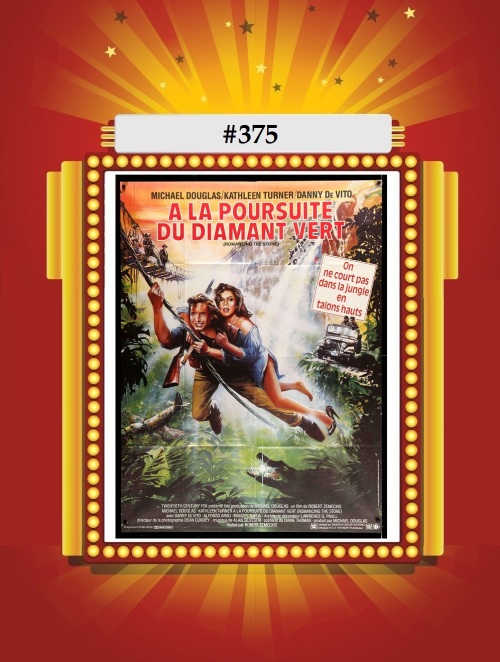 Two months before the release of Indiana Jones and the Temple of Doom, Fox made a sexy, whimsical attempt to eat Paramount’s lunch with this modern day jungle adventure. Set very much in the vein of the action archaeologist, Douglas’ Jack helps Turner’s romance novelist Joan track down her kidnapped sister in South America, and in the course of it they find treasure, get shot at a bunch, get kinky, get high, and repeatedly get the better of an in-pursuit, opportunist Danny DeVito. It’s a rip roaring yarn that I probably should not have been allowed to watch as often as I did as a child. But like the rest of America, we couldn’t wait for new Indiana Jones adventures, so this had to fit the bill! And it did!

The cast is so solid together that they’d reunite for the direct sequel Jewel of the Nile (also pretty good) and spiritual sequel War of the Roses (come to think of it, also good). And with this, his third film, a great run of Robert Zemeckis movies kicked off, as for the next fifteen years he’d win Oscars and direct gigantic box office hits every two or three years. Hell, even with his uneven sojourn into strictly motion-capture animation in the ’00s, he didn’t really have a disappointing film at the box office until The Walk in 2015. Nice track record! You’re welcome for me not looking too close at Death Becomes Her‘s numbers, or mentioning Allied at all! 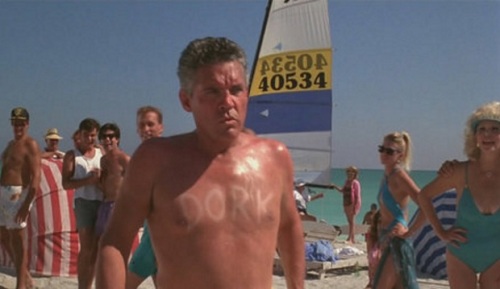 Hell, maybe #397 Wonder Boys is the center of my universe – Michael Douglas becomes the third cast member from that 2000 film to repeat so far. Notice that (x2) up in the cast list? Going to start adding the number of appearances there, as this may quickly get unwieldy, spotlighting so many folks.

Coming tomorrow! There are too many clues in this room –