My name is Joe Cetta, and I approve these messages:

“Tom Smith voted to raise your taxes.  He allowed no bid contracts to become the norm at City Hall.  He restructured zoning laws to allow a strip club to open next to a kindergarten.  He sold the rights to the Brooklyn Bridge without prior ownership.  On November 2nd, send a message that this is NOT the sort of man representing your freedoms.  Tom Smith – Who is this guy??!?”

“A Chicago Tribune investigation turned up evidence that Lucy Jones hasn’t paid taxes in 53 years.  While in office, she voted to give herself a pay raise 109 times.  Her plan is to cut Medicare benefits to seniors to $11.14 a year.  On November 2nd, don’t vote for her.  She’s bad for you, bad for your interests, bad for America.”

“Pete Williams doesn’t like you.  Otherwise, why would he have voted to close your nearest grocery store, after already shuttering your closest pharmacy, hospital, gas station, and haberdashery?  He voted to put your mother in a nursing home, and he passed legislation allowing the death of your cat.  Pete Williams – we can’t afford his leadership.”

“Mike Kelly is a Bush man.  He voted 99% of the time with the George Bush agenda, deciding to stuff the coffers of the fat cats on Wall Street all the while napalming Main Street and ritually murdering any poor souls left standing.  He has Mission Accomplished tattooed on his right thigh, and he even named his dog Jeb.  Who is this guy??!?”

“Teri Gordon doesn’t let facts stand in her way.  She’ll do whatever the President and his cronies say.  She voted for the Socialist Healthcare bill, even versions that Obama felt were “ludicrous,” “dangerous,” and “downright lethal to society as a whole.”  She has no mind of her own.  She’d goosestep us right into the Fourth Reich.  On November 2nd, don’t vote in the next evil dictatorship in world history.  Teri Gordon – bouffant Hitler.”

“Sally Roberts says she’s one of us.  She says she’s family first, and cares about everyone getting a fair shake.  So why does Roberts own TWO cars?  She has a front yard, a driveway, and painted her awnings brown.  If she’s so like us, how come you never see her at church?  Where is she when you’re having a bad day?  How come she can’t watch the dog while you’re on vacation?  Sally Roberts – not your pal.”

Joe Cetta isn’t running for office in 2010, but on Election Day, remember who thought enough to expose the liars, the frauds, and the goddamn miscreants out there in the political game.  Who should you vote for?!  What do you think, this is supposed to be easy? 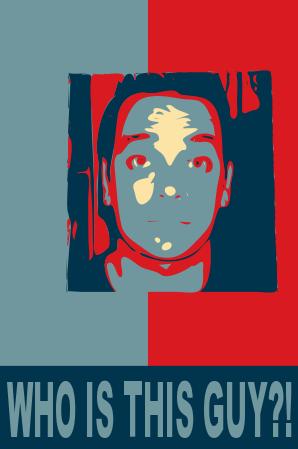