Great day in the morning!  I am pleased to announce that after a lengthy hiatus brought on by lawsuits and corruption and government meddling, smoking is back and better than ever!  Big Tobacco has somehow managed to overcome the psychotic litany of laws meant to limit the growth of their industry and bring sweet, sweet smoking out of the shadows and back to the parlor! 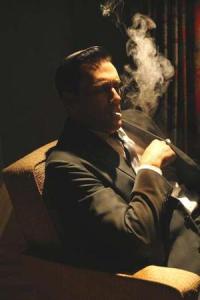 A recent study shows that smoking rose among adults in 2008 for the first time in fifteen years.  Smoking among young adults is also on the rise, both here and overseas, and in a recent poll the most admired man in America was revealed to be none other than Don Draper, the fictitious lead character on AMC’s Mad Men.  The only explanation of Draper’s success, considering he’s a two-faced, womanizing jerk in a glorified office job, is that he smokes pretty much constantly.  Cigarettes are back on top!

Now it’s time to capitalize!  For too long legislation has been produced limiting where you can smoke and making you pay huge taxes for buying those beautiful, flammable sticks of delight.  Clearly America doesn’t care how much it costs or how often they have to stand out in the snow and rain to enjoy it, people are craving their smokes in greater numbers than previously believed possible, and they have rights too!  Back in the family room!  Back in the Burger King!  Back on United Airlines!  Smokers have rights too! 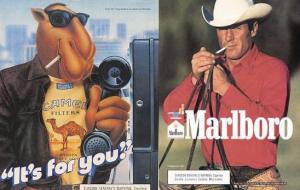 A Call to Arms!

Someone pull Joe Camel in from the void and get him back on the billboards.  Someone start polling doctors and asking what brand of cigarette is their favorite.  Best head out to the ranch and cast yourself a new Marlboro Man.  There will be no stopping the resurgence in smoking until we’re all dead of lung cancer!  In a world besieged by war and poverty, a government that cannot succeed at anything, misery, pollution, newfangled plagues, computer viruses, identity theft, unemployment riding high, and the cost of breakfast cereal out-of-fuck control, what is there for people to preserve themselves for exactly?  People are drinking themselves to death.  People eat artery clogging garbage and huff paint thinner.  It’s smoking that’s gotten the raw deal in the Things That Are Bad For You genre, and now let the record show that people have had enough! 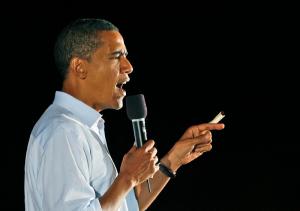 I myself haven’t smoked in quite a while.  It’s simply too expensive out here ($7 a pack! I remember paying $18 a carton!) and the ventilation in my apartment is regrettably lackluster.  But we get some new smoking legislation reform going, get some of these taxes under control, get Lucky Strikes to sponsor their own college bowl game, and I’m back on board!  I don’t watch NASCAR, but even I miss the ring of the words “Winston Cup.”  I mean, the President smokes, for Chrissakes!  The most beloved man in the world (short of Don Draper) is puffing away and having himself a merry old time with the menthols and lights and unfiltereds.  Who is anyone to say this is wrong or bad and should be banned?  Fuck them, and fuck you if you think so!

Thetruth.com might as well close up the rickety whorehouse they’ve called an office all these years, round up the master tapes of their putrid, ham-fisted commercials, and light that horseshit on fire.  It’s over, a battle fought and a battle lost.  America has spoken, through gritted, yellowing teeth, and what they’ve said is smoking is back, baby, and happy days are here again!