Today! Because I saved Latin – what did you ever do?

On the high end of this list, historically, I go back and forth between my favorite Wes Anderson movie and my favorite Bill Murray movie. Anderson flip flops between Rushmore and Tenenbaums, while Murray as you may have noticed has like five films out of the last fifteen, so there is a constant rotation. But more often than not, it works out that Rushmore is the top film for both, as it is here.

As mentioned in probably all the previous four Anderson movie posts, his style would get solidified in the years immediately after Tenenbaums, even though most of the elements that would define his films were introduced there. Rushmore functions as more of the raw version of this concept – the heightened reality of his world isn’t as much on display, even though things are pretty aggressively off-kilter at Rushmore Academy. The likable asshole main characters here are probably just a smidge more likable than, say, Royal Tenenbaum or Steve Zissou or Gustave H, as at least Max Fischer and Herman Blume are driven and twisted by love, and who can’t relate to that?

Smooth use of Latin!

END_OF_DOCUMENT_TOKEN_TO_BE_REPLACED

Today! Because we are Sex Bob-Omb and we are here to make you think about death and get sad and stuff –

When I first saw Scott Pilgrim, I thought it was plenty funny but was just a little turned off by how adorably in love with itself it was. I had never read the comics, so I had nothing much to go on except Edgar Wright’s name and the solid big cast of funny folks, but it left me a little hollow. The video-game-ness of the whole thing was kinda distracting, and while there were tons of cool visuals, it didn’t seem to amount to much. I kind of enjoyed it, but pretty much wrote it off.

But then – like Blue Chips, Idiocracy, and Soapdish before it – I caught bits of it on TV all the time, which was quickly followed by watching it straight through to the end any time I ran across it, followed by talking it up to anyone who would listen. Somehow, once the plot machinations were no longer new, I could focus on the details that I had such a problem with before, and see what they added to the overall. And I found that the little touches didn’t bother me anymore – I still think them a bit much here and there, but all in all the whole thing works. The coins and the battle of the bands and punching the color out of Knives’ hair and the vegan powers and even the extra life – it all fits together pretty great. 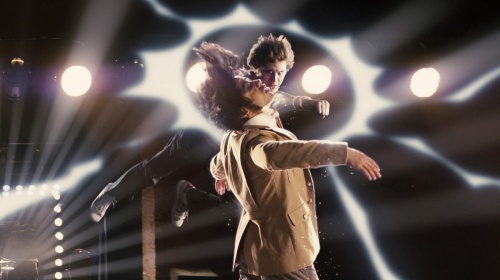 END_OF_DOCUMENT_TOKEN_TO_BE_REPLACED

Today! Because one of these days, somebody’s gonna get pushed too far. And who knows what they’re capable of?

As how none of Wes Anderson’s movies feel like they’re coming at us from the modern day, so gloriously does Moonrise Kingdom transport me back to the ’80s, even though the movie is set in the ’60s and was released in 2012. And while all the standard Anderson touches are there – the excruciating attention to detail, the almost unbearable preciousness of every prop and costume, the left field dialogue that somehow fits together comically and neatly – Moonrise finally put it all in a setting that worked perfectly. He gave the leads to children.

The greatest film couple in history?

END_OF_DOCUMENT_TOKEN_TO_BE_REPLACED

Today! Because you’re my best friend, and I don’t even like you –

This is forever my go-to example of a one-half amazing movie. There are certainly others – American Beauty jumps to mind, swerving into awesomeness halfway through, after that turgid opening hour – but this movie is an anomaly in that it appears separate film concepts were slammed together into a single piece, producing a movie that is at the same time insanely too long and way too brief in either of its disparate parts.

I guess this was supposed to be Judd Apatow’s masterpiece, and he almost got there. With 40 Year Old Virgin and Knocked Up both terrific all-out comedies, he opted to laden this ostensible laugher with a grim, awards-baiting terminal illness subplot. That’s not so bad – all of that happens in the wonderful first half of the movie, which deals primarily with the world of stand-up comedy, and does it better than any other film in history. But then it goes really far afield into a locked-in family dramedy, losing most of the goodwill and momentum built up in the opening half.

END_OF_DOCUMENT_TOKEN_TO_BE_REPLACED

Today! Because I don’t know about his face, but I think his brain might be pretty traumatized –

In many ways the forgotten Wes Anderson movie, The Darjeeling Limited is a terrific little character study of brothers Peter, Francis, and Jack on a spiritual journey across India that turns out to be much more. As it unfolds, the struggle each brother has gone through in the year since their father’s death gets magnified and fleshed out, building toward a reunion with their mother, played by a wonderful Angelica Huston.

In ’07 this movie had a decent run, for an Anderson film, and had a bit of attention from critics at year end, but it tends to get swallowed in any discussion of the director’s films, largely I feel because of the size of it. Even though it’s the rare sweeping travelogue film in his universe, Darjeeling is a relatively small movie, focusing largely just on the brothers (all giving tremendous performances, with Wilson’s frantic, shattered Francis standing out) and not a litany of movie stars in minor roles, like virtually all other Anderson vehicles. It also occupies the chronological spot between Life Aquatic (more talked about, considering it first followed Rushmore and Tenenbaums), and Fantastic Mr. Fox (Anderson’s first foray into animation), leaving it as the less remarkable middle film. END_OF_DOCUMENT_TOKEN_TO_BE_REPLACED

Today! Because I done a bad thing/cut my brother in half – 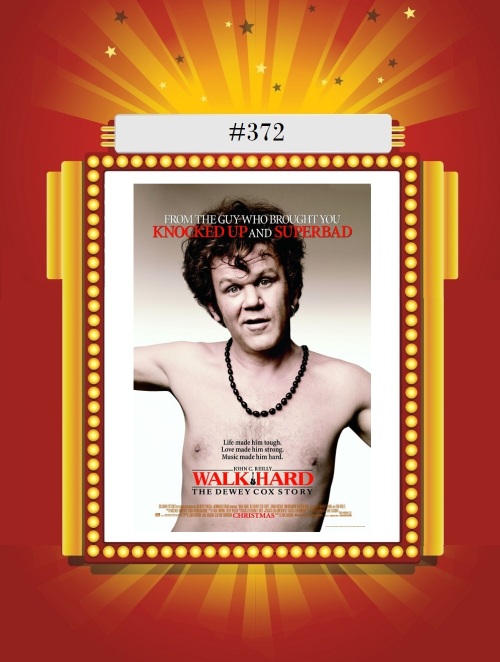 This totally wacky send-up of mid ’00s musical biopics really hit the spot for me in ’07. It borders on Airplane! style lunacy at times, hurling jokes as fast as it can, and many manage to stick thanks to the all-in performance the great John C. Reilly gives at all ages of Dewey’s life from 14 onward. He’s supported by an utterly astounding number of comedians willing to throw a few minutes into the film. Sure, it rambles all over the place in search of jokes – while I enjoy the Jack White Elvis and the Black/Rudd/Long/Schwartzman Beatles, they do feel a bit like overkill. I particularly love Tim Meadows bits as Dewey’s drummer, continually trying to dissuade him from whatever vice currently being enjoyed. But I think the thief of the film is X-Files great Raymond J. Barry as Dewey’s father, constantly bemoaning “Wrong kid died!” It’s silly madness, replete with equally goofy original songs, and was still almost completely ignored in its day at the box office. Totally deserving of an audience! END_OF_DOCUMENT_TOKEN_TO_BE_REPLACED