Today! Because you’re my best friend, and I don’t even like you – 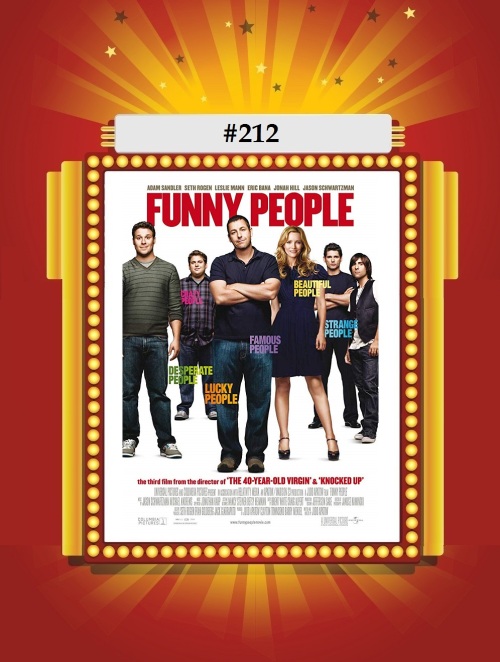 This is forever my go-to example of a one-half amazing movie. There are certainly others – American Beauty jumps to mind, swerving into awesomeness halfway through, after that turgid opening hour – but this movie is an anomaly in that it appears separate film concepts were slammed together into a single piece, producing a movie that is at the same time insanely too long and way too brief in either of its disparate parts.

I guess this was supposed to be Judd Apatow’s masterpiece, and he almost got there. With 40 Year Old Virgin and Knocked Up both terrific all-out comedies, he opted to laden this ostensible laugher with a grim, awards-baiting terminal illness subplot. That’s not so bad – all of that happens in the wonderful first half of the movie, which deals primarily with the world of stand-up comedy, and does it better than any other film in history. But then it goes really far afield into a locked-in family dramedy, losing most of the goodwill and momentum built up in the opening half. 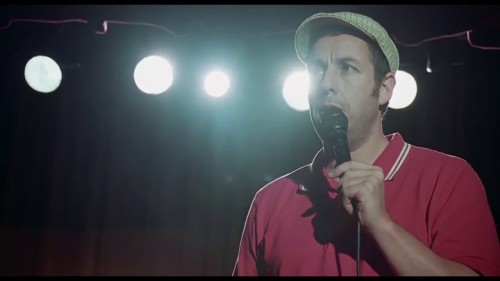 Okay, that’s not entirely fair. The second half of the movie is fine. It has some nice emotional jabs and a few pretty good laughs. But there is no one who could contend that it holds up to the riveting, amazing first half. This is as stark an example as too much going on in one movie as I can think of – why the hell is Funny People nearly two-and-a-half hours long? I’d venture that the main knock against Apatow’s previous films was that they’re both a little too long – so the idea was then to tack another half hour onto this movie? 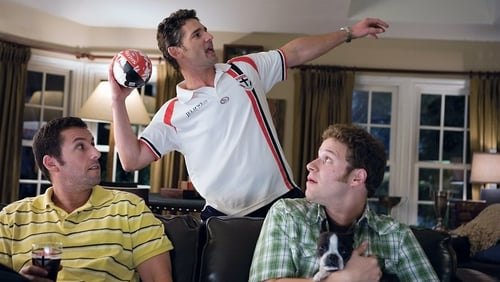 Eric Bana is great is the film’s latter half, though

I feel bad just coming out swinging at Funny People – I love most of this film. It’s a tremendous 100 minute movie residing squarely in a 146 minute gloriously uneven mess. This might be the perfect Adam Sandler role – wherein he can show off his significant dramatic skills (so honed in Punch-Drunk Love and Reign Over Me) while also being really funny, in a non-Adam Sandler movie context. I still quote this movie all the time. “I miss my schm-ira,” “Raaaaaaaandy, with eight As,” “I thought everybody loved you,” “There’s nothing funny about a physically fit man.” It’s terrifically funny stuff.

But it got roundly shunned at awards time, unsurprisingly. The reviews were largely mixed, with comedy having a tough time breaking into that conversation to begin with. Can we at least award Best Coldstone Creamery Routine, for Aziz Ansari’s Randy rolling out the dumbest series of jokes ever?

I would be remiss if I didn’t mention the film’s obvious MVP, though – Marshall Mathers himself, Eminem, brilliant in his lone scene of the film.