Today! Because I wish I had a sense of humor, but I can never think of the right thing to say until everybody’s gone home – 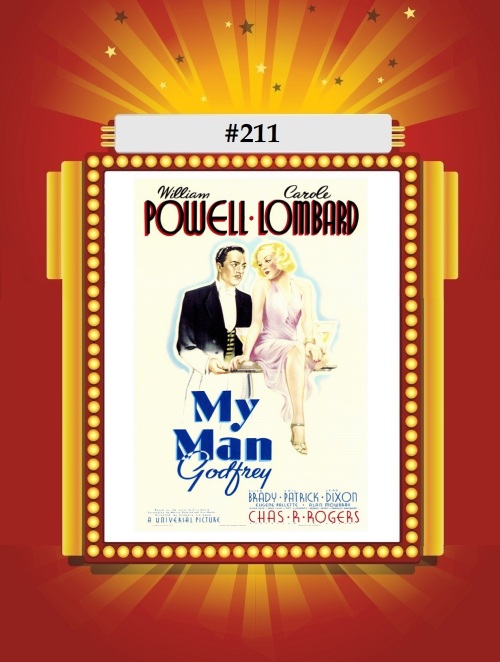 Apparently my favorite movie from 1936 (suck it, #271 Modern Times and #303 After the Thin Man!), My Man Godfrey is the much-lauded screwballiest of screwball comedies from the late ’30s. The plot is pure pre-war, Great Depression social satire, with Lombard’s socialite Irene hiring Powell’s derelict Godfrey as the family butler following a somewhat cruel rich persons’ scavenger hunt to discover “the forgotten man.” We of course discover that rich people are bonkers and those falling on hard times in the decade were regular folks deserving of a break.

And were deserving of a bath!

And while there is some level of comeuppance and just desserts and moral comment, primarily this is a zany comedy from a perfectly placed group of talent – Marx Brothers writer Morrie Ryskind, workhorse comedy director La Cava, brilliant Oscar winner from In Old Chicago Alice Brady, the suave master of debonair high/low brow comedy Powell, and his ex-wife Carole Lombard, never better than when playing a ditsy debutante. Even years after their marriage had failed, Powell recognized no one was better suited for this tricky role, and so insisted the former Mrs. Powell get cast.

(Not to go too far into backstory here, but Powell was also engaged to longtime fiancee Jean Harlow at the time – whereas Lombard had not yet married Clark Gable – but there was reportedly such friendship still between the group that no issues arose, despite the general awkwardness of arrangement.)

Harlow and Powell in this very colorized photo

This is certainly the most acclaimed film of Lombard’s career – despite (spoiler alert) not being my personal favorite. It would be her only Academy Award nomination, and go down as an all-time screwball classic, named the 44th funniest film of all-time by the AFI in 1999. It was the first movie to be nominated in all four acting categories (Powell, Brady, and Auer receiving the others), as well as garnering Best Director and Screenplay nods. It is the only movie to receive nominations in all these categories and not get nominated for Best Picture, even though ten films were up for the big honor that year, with another Powell vehicle – The Great Ziegfeld – taking home the prize. Bah! Nonetheless, we have this to bestow on My Man Godfrey: 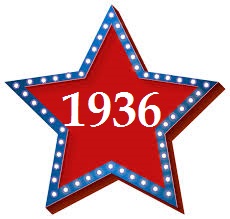 Stars Powell (After the Thin Man) and Lombard (#382 True Confession) join the Two-Timers today, along with #384 Sullivan’s Travels Franklin Pangborn. But today’s MVP goes to the fantastic, frog-voiced Eugene Pallette as the exasperated Bullock family patriarch. 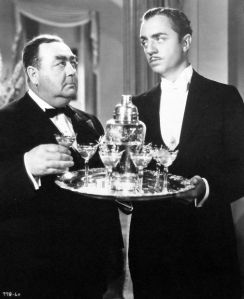