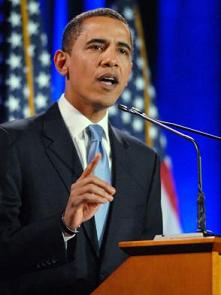 WASHINGTON D.C. – A group of historians polled by Georgetown University has named Barack Obama the best President in the history of the United States.  Not wanting to be seen as premature, a spokesman for the group stated that based on what the president has planned for the country, and assuming all campaign and inaugural promises come to pass, Obama’s legacy will absolutely trounce that of all previous occupiers of the Oval Office.

“We felt we waited long enough in making this inevitable declaration,” historian Albert Hedgefellow said at the press conference this morning.  “It’s obvious to anyone with a knowledge of world events and conjecture that President Obama will end up with accomplishments greatly outnumbering those of Abraham Lincoln, Thomas Jefferson, and Franklin Roosevelt combined.”

Despite his first year in office so far being marred by an ugly battle over healthcare reform, increased fighting in Afganistan, and Chicago losing its bid to host the 2016 Summer Olympics, the 44th President’s announcements concerning the greatness of life in the future and potential of the world to come has been more than enough for many.

“We have complete faith in the president’s ability to achieve all the lofty goals he has set for himself and America,” fellow historian Louise Verna said.  “Just because no one has managed to fix healthcare up until now doesn’t mean it can’t be done.  And even though we live in a time where Republicans and Democrats are more divided than ever, there is no reason to think that the president can’t convince the sides to come together and agree on the tough issues that plague our society.” 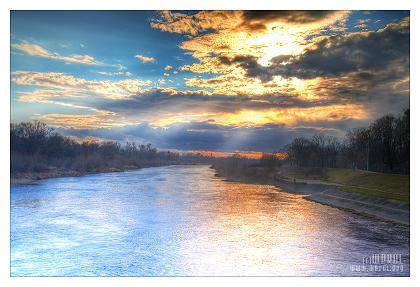 The world of 2012 – long assumed to be the magical future time Obama aims for – is scheduled to be fraught with employment and prosperity, all soldiers returned home from the two-pronged war in Iraq and Afganistan, universal healthcare afforded to every man, woman, and child in the nation, the infrastructure of our highways and roads in tip-top shape, worldwide nuclear disarmament complete, Osama bin Laden dead as disco, Social Security prepared to support the exploding senior citizenry, and Detroit again a significant, proud city of automotive excellence, peace, and harmony.

“Isn’t that a world you’d like to live in?” Hedgefellow asked.  “With all that coming down the pike, how could we as a learned, educated body not state with certainty that Barack Obama is the greatest president this country has ever known?  Heck, we didn’t consider world leaders throughout the ages in the debate, but I can’t see who would top Obama even then.”

While some have expressed concern that proclaiming the president “the most exemplary display of presidential embodiment humanly possible” can only increase the pressure and ratchet up expectations on the still relatively new-on-the-job leader of the free world, Obama for one took the announcement in stride.

“I am very humbled by this declaration,” the president said.  “This august body has made a very flattering, encouraging decision, and I can only consider this recognition as a call to action.”

The choice of the sitting president was a surprise to many, who’ve come to expect certain names at the top of this type of list.  Perhaps even more surprising in the ranking, though, was Michelle Obama placing 37th, despite being at least seven years away from even running for the office.  This position placed her ahead of such presidential disasters as James Buchanan, Herbert Hoover, and Andrew Johnson, and just directly behind Richard Nixon.