By and large, predicting box office grosses is nearly impossible.  I think I can ballpark what a film might do as well as anyone, and still you get things bombing or blowing up against all logic and reason.  As well as anyone thought The Dark Knight would do last year, no one figured it to be the second highest grossing movie of all time.  No one.  Just like no one saw Titanic doing what it did in 1997.

Now last year, going into the summer, I did say – to those who would listen, which weren’t many folks – that I thought you’d see seven movies gross over $200 million, and six of them actually did – TDK, Indiana Jones and the Kingdom of the Crystal Skull, Iron Man, Wall-E, Kung Fu Panda, and Hancock.  The one that didn’t was the surprising disappointment Prince Caspian from the Narnia series.  So, with this as rousing proof that for once I sort of knew what I was doing, I would like to impart that onto this summer’s crop of films as well.

As far as can be determined, the battle for this summer’s box office crown will be between Harry Potter and the Half Blood Prince and Transformers: Revenge of the Fallen.  Both are sequels, like nearly everything big this summer, and both avoid the slaughterhouse of May, with its six major films coming out in five weeks.  Transformers has the 4th of July holiday as its second weekend, and it opens mid-week, essentially giving it a 14 day opening window.  I think this is key to its possibly unseating Potter for the top spot.  But I still can’t really go with that prediction.

So I’ve got Harry Potter  first, and I think this will be the highest grossing film of the series thus far.  All the Potter movies have done well, but only one has cracked $300 million – the first one, Sorcerer’s Stone back in 2001.  It seemed that only the November released films in the series were going to be the big money earners after the 4th film came out, as the 3rd was by far the lowest grossing of the bunch and came out in June, but then the fifth installment managed to crack $290 and become the second best grosser of the bunch in a July.  So I figure this one, without one major film getting released after it, will end up on top, in the neighborhood of $325 million.

That leaves Transformers 2 with the runner up position.  I don’t know that this can make the typical sequel jump over the first film of a series that you see so often these days, but I think it can be close.  The first film made $319 million two years ago opening over 4th of July weekend, and was the highest grossing non-sequel of the summer.  This one has this huge lead in to the holiday that I talked about, plus doesn’t have other full on effects driven action films to contend with in July (short of Potter).  So I think a comparable gross to the original is likely, around $310 million. 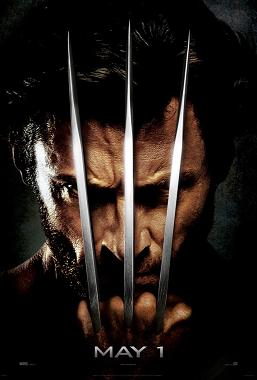 I’ve got a bunch of films hovering just above and below $200 after that, but I think the one that might top out is X-Men Origins: Wolverine.  I can’t imagine it reaching X-Men 3’s series high gross of $234 million, but I wouldn’t be surprised if it caught X2 around $220 million.  Figure, it’s got that prime first-movie-of-the-season slot, it’s an established character without feeling like a third sequel, and the trailer is decent.  Despite the pirated copy floating around the internet, and the massive competition from the rest of May I think it can prevail in 3rd.

Night at the Museum: Battle of the Smithsonian has a lot against it, so I don’t see it coming near the original film’s $250 million.  It should manage enough for fourth, something like $205 million, but it’s got the hellish last weekend in May to deal with, and children’s movies opening all around it, and it looks exactly the same as the original.  In virtually every way, this is a blatant rehash sequel, not one that continues any sort of story.  So while the original (which also came out in a less competitive fall slot) seemed creative and new, this one seems very much a retread. 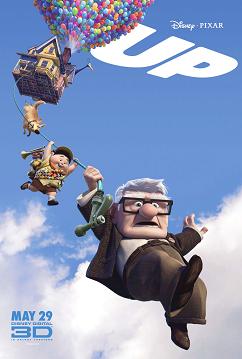 And a big part of Night of the Museum’s problem is Pixar’s Up, coming out the weekend before.  All Pixar films are good for around $200 million lately, so there’s really no reason to think Up is performing any differently.  And yet, it does have one major difference from all the previous Pixar films – magic.  There is considerably less in this more traditional, Disney style film – no robots, no superheroes, no talking cars or animals or toys.  So while I think Up will end up near the low end of the Pixar list of dynamite masterpieces at the box office, it should still gross $200 million.  How can you bet against them?

The film with the best chance to crack the $200 club has to be Terminator: Salvation.  The only reason I can’t completely bank on it at this point is that it’s been a looooong time since there was a good Terminator movie, plus the TV show’s dismal performance with ratings doesn’t exactly ring with the endorsement of the populace that more Terminator pictures are what they want.  Plus, without Arnold (at least in any major role) the whole project feels a bit hollow, doesn’t it?  Sure, the trailer’s cool, and Christian Bale is a massive star now in his own right, but does that make this a blockbuster?  I see it at $190 million, just missing out.

Also on the fence is Ice Age 3, rolling out over the 4th of July.  While not exactly the same audience as Transformers, it does have to contend with that, and Potter two weeks later.  The first two films, both big hits, came out in the anemic Spring, and now it’s stuck in the middle of the summer.  It’s a dicey spot to be in, really, and you have to question the logic of moving this successful franchise into the midst of the chaos of summer.  Plus, it looks just like the first two films.  Sure, that didn’t hurt Shrek, but I’m a bit concerned about Ice Age’s chances battling it out in a new season.  I’m giving it a shot at $170 million, and no more. 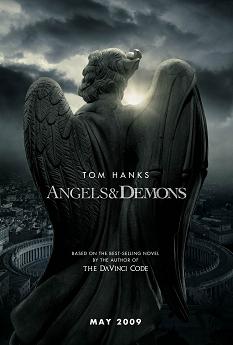 The film with the best chance at pulling a Caspian this summer and wildly underperforming, in my eyes, is Angels & Demons.  Similarities with Narnia are actually significant, as the first films of both were huge successes, based on popular name books, and came out at very key times – Lion, the Witch and the Wardrobe in the fall, Da Vinci Code in a very non-adult friendly summer.  Caspian, the lesser known book, didn’t connect, and stumbled away with less than half of what the first film did.  I don’t think Angels is doing that exactly, but close to it.  A large drop off from the original’s $217 million has me placing it around $150 million.

Also competing for the adult dollar this summer, with around the same expected success, is Public Enemies.  It is the rare almost entirely non-supernatural film positioned as a blockbuster in a summer.  But, what it has going for it is a showdown between Jack Sparrow and Batman, and good placement around a bunch of kids movies over the 4th of July.  With Depp and Bale, it has a shot at a huge gross, but I think it’s more likely to land solidly and end up with around $150 million as well. 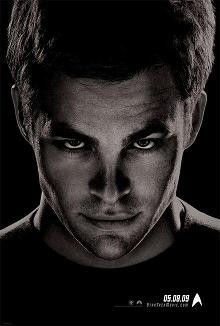 And rounding out my top ten is the film with probably the biggest upside, but the most question marks, Star Trek.  Sure, the trailer is cool, and it’s got all the hype in the world, but most of this is coming from fanboys and Trekkies.  Does the average moviegoer want to see this, with all the stigma attached to a Star Trek film?  Figure, no film in the very lengthy series has grossed more than $109 million, and that’s from the original cast there.  Since Shatner and Co. hung up the phasers, the top movie didn’t even crack $100.  So it’s a bit of an uphill climb for this bunch.  Now, I think it will beat these, sure.  It’s a big flashy action picture.  But it comes out in a horrible month of competition, the weekend after Wolverine targets the same audience, and, come on, it’s Star Trek.  Could it be massive?  Sure.  Will it be?  Hard to imagine.  $130 million.

Unlike last summer’s 17 (17!) films to hit $100 million, I’ve only got four more in addition to the top ten getting there this year.  There are a decent number of comedies rolling out this summer, but comedies typically don’t do huge business in the summer unless they are also action/adventure pictures.  Thusly, Land of the Lost should fare best, with its CGI dinosaurs and Will Ferrell.  Looking at $115 million.  Also, Bruno has a hilarious trailer, but it won’t duplicate Borat’s ridiculous success, as that came out in a fall, and came out of the blue, so I’m thinking more in line with $110 million.  Funny People perhaps has the best chance to breakout of this bunch and get in the top ten, with its combination of Judd Apatow/Adam Sandler/Seth Rogan, but it’ll be a surprise if it does, given how many of these type of comedies (i.e. Apatow comedies) are released these days.  Again, $110 million or so.

And, with no full trailer yet, I’ve got G.I. Joe still managing $105 million based on little more than the cast and the Super Bowl commercial.  It could be much bigger, or much worse, but there isn’t enough to go on.  Same for Julie & Julia, with no trailer at all, and only pictures, you have to predict based on the words “Meryl Streep comedy” and that lately has equally big box office.  Still, I’ve got it just under $100, at say, $95 million.

There are plenty of other films with a shot at $100.  Year One, The Proposal, Inglourious Basterds, The Taking of Pelham 1 2 3, The Hangover, and The Ugly Truth all look to have elements in place for success.  I just think they will end up a bit shy.

So there’s my sure-to-implode slate of predictions!  Don’t agree?  Leave a comment with your bright ideas, or don’t!  They’re my predictions, and I’m sticking by them, at least until Wolverine opens and I change my mind!