Long a stronghold of mediocrity and disappointment, Scranton, Pennsylvania has recently enjoyed a 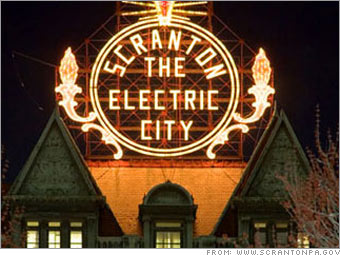 resurgence of prominence, thanks regionally to the election of Bob Casey Jr. to the U.S. Senate, and nationally to the success of NBC’s sitcom The Office.  But now Scranton has a chance to really snatch the brass ring, as local boy Joe Biden has been selected as the Vice Presidential candidate on the Democratic ticket, and life virtually has ceased making sense for this guy.

The Vice President!  Of the United States of America!  All of them!  From Scranton!  I know, at first it seems an illogical and impossible concept.  Scranton?  That depressed town destroyed by the loss of coal as viable fuel? A place devoid of industry, culture and general respect?  More a punchline than virtually anywhere in the nation, besides Cleveland and New Jersey?  The home of the Pennsylvania Polka?  Scranton?!

It boggles my mind, and I’m very, very pro-Scranton, realize.  Up until now, the most prestigious individuals connected with the city are Pulitzer Prize winner and Academy Award nominee Jason Miller, who later in life became a raging alcoholic, dying in a bar downtown; Gerry McNamara, starting point guard for the 2003 NCAA basketball champion Syracuse Orange, who has gone on to play in Bakersfield, California and Europe; Michael Scott, who doesn’t really exist; and me, tentative front runner for President in 2016. 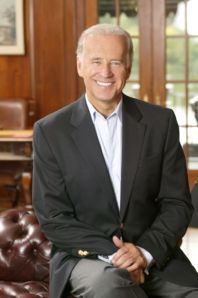 And while he has always been noted as hailing from Scranton, Biden is naturally more connected with the state he represents in the Senate, Delaware.  Now, though, it’s time for Scranton to take full credit for the birth and early years for the potential Vice President.  I mean, what’s usually considered the most important time for developing a person into who they will ultimately be?  That’s right, their childhood!  Their formative years!  And where did the future (maybe) Vice President do all his diaper-wearing and thumb-sucking?  Scranton frickin’ PA, baby!  Back on the map, and still north of Wilkes-Barre! 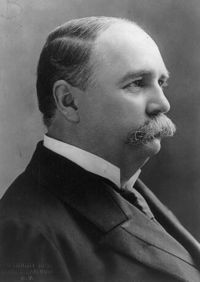 Really, though, I guess it shouldn’t be too surprising, Biden being chosen.  Not only is he the chairman of the Foreign Relations Committee, which gives Barack Obama more traction with voters critical of his lack of international experience, but he also hails from an area rich with heritage and culture and genealogy.  Besides that, the Vice President is historically considered a near non-entity in politics.  Remember Garret Hobart?  Charles Fairbanks?  Elbridge Gerry?  Nope.  The second in command is only significant it seems when they are connected to scandal – resignation (Spiro Agnew), murder (Aaron Burr), or shotgunning the face of friends (Dick Cheney).  So maybe a V.P. from Scranton isn’t so far fetched.  We as a whole are a nondescript, non-impact having people.

Now, if Biden someday is forced to take over the Presidency, I would have some concerns.  Not so much about the subsequent state of the country, but about the aerodynamics of swine and Satan’s frostbitten testicles.  It will be a bit too much for me to believe.

So rejoice, Scranton!  Not a punchline today, despite our greatest contribution being a more affordable place for people to retire than Florida!  Sure we’ve got more bars and funeral homes than anywhere else, but we also can take credit for the man directly underneath the juggernaut Obama!  We’ve shuffled off the image of being a bunch of downtrodden, ignorant drunks!  At least for now.

Hooray, Scranton!  And good luck, Biden!  You’ve given Scranton the most hope its had since the opening of the Mall at Steamtown back in ’93!  Let’s hope you turn out slightly better!

10 responses to “Everything’s Coming Up Scranton!”