Today! Because what we need is a few good taters – 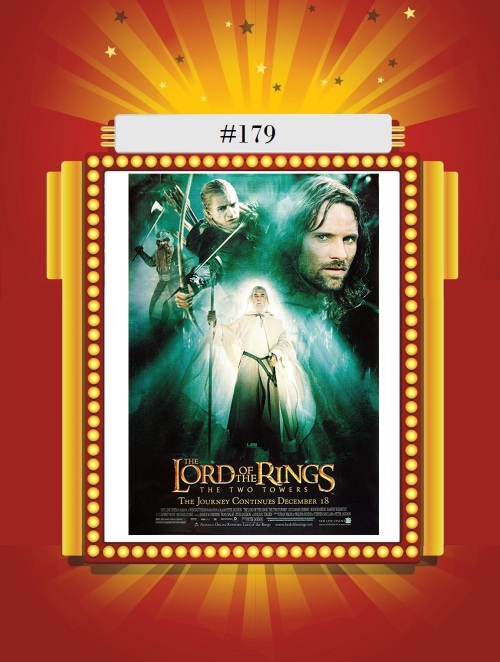 I don’t know that there’s a middle film in a trilogy that suffers more than The Two Towers. For all the cool stuff that’s in this movie – Gollum and the Ents and Wormtongue, I guess – very little has fundamentally advanced by the time you reach the ending, to the point that you can only look forward to The Return of the King when you’re done. It’s hard to sit back and really enjoy the hours you just killed in Middle Earth. Like, I’ve watched the first movie on its own a bunch of times, without then feeling compelled to watch the others in any near future. I don’t think I’ve ever watched The Two Towers without popping in Return of the King very soon after.

Not that it’s just a bunch of standing around, but still