Today! Because what we need is a few good taters –

I don’t know that there’s a middle film in a trilogy that suffers more than The Two Towers. For all the cool stuff that’s in this movie – Gollum and the Ents and Wormtongue, I guess – very little has fundamentally advanced by the time you reach the ending, to the point that you can only look forward to The Return of the King when you’re done. It’s hard to sit back and really enjoy the hours you just killed in Middle Earth. Like, I’ve watched the first movie on its own a bunch of times, without then feeling compelled to watch the others in any near future. I don’t think I’ve ever watched The Two Towers without popping in Return of the King very soon after.

Not that it’s just a bunch of standing around, but still

That being said, this is hardly a poor movie by any real standard – it’s just held back a bit by comparison. I fundamentally think this is a better movie than Return of the King, which is just too baggy – I’ve got theories on that for another day – but it’s no where near as satisfying. As part of only the second film trilogy to see all three movies nominated for Best Picture (The Godfathers being the first), I think everyone recognized the greatness we were experiencing at the time. And even though this movie doesn’t leap the story forward quite like you’d want, we only had to wait a year for the concluding chapter. Can you imagine if these films had been spaced out in a conventional fashion? If they hadn’t all been filmed together? That third movie could’ve sucked super hard! Patience may have been completely exhausted! We never would’ve gotten the Hobbit trilogy, without a doubt (Shut up! That wouldn’t have been for the best, wisenheimer!)!

Also – and maybe we’ll get into this again down the road or not – the other major thing working in The Two Towers favor in the fall of 2002 was that its release was still running parallel with the Harry Potter series. The first films both came out within a month of each other in Nov/Dec ’01, and the first sequels followed suit. And I know some people love the Potter films, but you’d be pretty hard pressed to find anyone who thinks they’re in the same league as The Lord of the Rings. Why even compare them, then? Well, if you cast your mind back to the fall of ’01, this was all anyone talked about in cinema – finally, a big screen Lord of the Rings adaptation had come together, we didn’t just have to rely on the old Ralph Bakshi cartoons. At the same time, the immensely popular Potter books were shaping up into an epic film series of their own, and they were landing at the same time! Same season! Weeks apart! But while The Sorcerer’s Stone hung in there box office wise, The Chamber of Secrets did not fare as well – while the Lord of the Rings also cleaned up the awards. And so, by comparison, The Two Towers doesn’t seem all that bad as a first sequel. I don’t particularly care for The Chamber of Secrets, or most of those movies. Sorry, Potterheads! (Not for nothing, I do really like The Prisoner of Azkaban.)

The least awarded film from the trilogy, Two Towers still managed six nominations, winning Sound Editing and Visual Effects, while also nabbing Best Picture Drama and Director nods at the Globes. It is the lowest rated of the three films on IMDB, but is still the 15th highest rated movie of all-time, which seems a touch ridiculous. Still, Gollum is amazing, and Andy Serkis should’ve been nominated for an Oscar, it’s an absolute crime that he wasn’t. Motion capture/voice acting! Long overdue for that recognition!

I mean, he was still there most of the time! Come on! 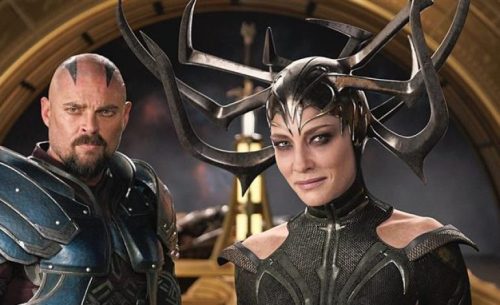 Coming Monday! You’ve had a lot of rough breaks and made a few mistakes, but after today, the good Lord willing, you’ll be a new man –