Today! Because they’re here, every April, they’re here. 1:05 or 7:05, there is a game. And if it gets rained out, guess what? They make it up to you. Does anyone else in your life do that?

Directed by the Farrelly brothers

And sometimes the movies on this list aren’t going to be about the movie at all. Okay, that’s not entirely fair. Fever Pitch is a perfectly fine movie. But there was a certain serendipity in the production of the film that makes it a classic in my estimation. You see, it was filmed during the 2004 baseball season, so they had no idea the Boston Red Sox were going to finally win the World Series that year. The movie – probably rightfully so – was supposed to end with them losing, as they had done for the previous 86 years. In 2003, the Red Sox were devastated in the ALCS by the Yankees, losing in Game 7 in extra innings, so why would anyone assume they’d finally get to the mountaintop in ’04? END_OF_DOCUMENT_TOKEN_TO_BE_REPLACED

Today! Because there is peace and serenity in the light – 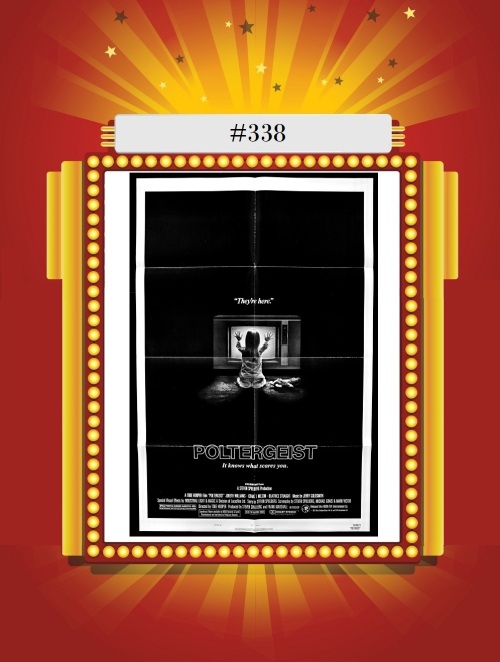 Written and produced by Steven Spielberg, Poltergeist was the rare horror film we watched a lot as children. Why? I can only guess it’s because of…the main character being a toddler? I don’t know. It’s a pretty horrifying movie for little kids, but I’m gonna ballpark that I’ve seen this movie fifty times, almost all of those on VHS in the late ’80s. And even though this came out the year before, I think as a kid I was convinced that monstrous thing that develops on the bedroom wall was the Sarlacc Pit from Return of the Jedi. So maybe that?

Any which way, it’s a pretty great movie, with just nightmarish visuals. Robbie gets attacked in his bedroom by not just an entire tree outside his window but also a killer clown doll! And that’s just Robbie! I wasn’t super focused on the details of why any of this was happening when I saw it back in the day – but thankfully Craig T. Nelson’s Steve screams it in that dude’s face toward the end of the film “You left the bodies and only moved the headstones!” Solved! Creepy! Remember that swimming pool hole filled with bodies? Carol Anne sliding across the kitchen floor? That guy peeling off his face in the bathroom mirror?? I was like seven years old! Gah! END_OF_DOCUMENT_TOKEN_TO_BE_REPLACED

Today! Because you’ve got to be a fucking Rembrandt to put on makeup –

Not to be confused with the Bateman/Aniston film of the same name plus a The, Switch was another cable staple of mine from the early ’90s, and man, the characters largely do not hold up. It’s a bunch of ’80s chauvinist dudes and vengeful, bitchy women thrown into a light-hearted Blake Edwards romp. It’s as 1991 as a movie can feel. Oh hey, and our second jaunt through ’91 in three days! I told you it’d get some love!

So while a lot of the antics are dated and borderline offense in retrospect, the reason this movie retains a spot on this big list is wholly Ellen Barkin’s tremendous performance, as the murdered jerk Steve reincarnated (that’s not really the right word – transmogrified, I guess?) as a woman, in order to find any women who liked him, and thus get into heaven. Don’t worry about the plot, it wildly doesn’t try to make sense. And while it does pay some quick service to how hard it is to be a woman in this asshole-prism of a man’s world, this is mostly an excuse for dude-trapped-in-a-hot-woman’s-body hijinks, of which there are many. The early promise of Barkin’s career never totally panned out – even though she’s had a fairly solid run in movies and TV, by and large – but I’d have to say this is her best overall performance. And it carries this film through its awkward twists and turns and bar fights. END_OF_DOCUMENT_TOKEN_TO_BE_REPLACED