Today! Because I’m deaf, you know, but I can hear the bells –

Like many high schoolers going through a classic literature/stage and screen musicals/black-and-white horror movie phase, I got way into versions of Hunchback circa 1996. Now sure, you can rightly ascribe this to Disney’s ballsy animated musical being released that year, but I was also two years removed from reading Victor Hugo’s Les Miserables, so I had landmark French novels on the brain. And yes, reading Les Miserables was probably spurred on by my exposure to the musical, but I’m pretty confident I read the book first. Is that still a thing? People wanting to read the book before seeing a movie/TV version of something? I don’t always do it, but I’ve also delayed seeing movies for years because of this. I didn’t see V for Vendetta until like three years ago, because I had the graphic novel and couldn’t get around to reading it. And I’ve preemptively read a bunch of books and then not bothered seeing the movie if the trailers looked stupid (I’ll get around to watching Mortal Engines one of these days, I figure).

I don’t know, it looked okay, I guess

END_OF_DOCUMENT_TOKEN_TO_BE_REPLACED

Today! Because I will take you in the end! You know I will!

Still the best film version of Victor Hugo’s novel (even if it lops off the final quarter of the story), 1935’s Les Miserables brings the 1,100 page novel in under two hours, and manages to cover pretty much the whole main plot. If you’re a huge fan of the book or the musical – and come on, who isn’t? – there is plenty glossed over and lost along the way, but if this story has always basically boiled down to Valjean v. Javert, this is the film version for you. Plus, no Russell Crowe singing!

END_OF_DOCUMENT_TOKEN_TO_BE_REPLACED

Today! Because in my last case, I had to throw my own brother out of an airplane – 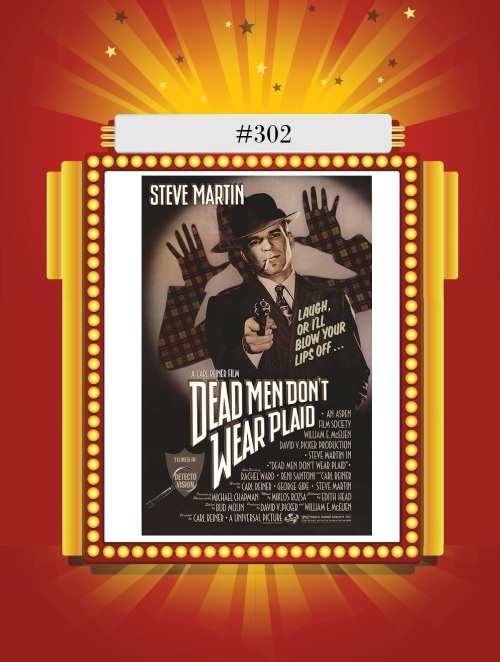 Martin and Ward, as the femme fatale Juliet, make a great straight-faced team, and do all the heavy lifting in the movie, with the only exception maybe being the heroic work of career comedy film editor Bud Molin. The worry about this movie on paper (in retrospect) is how can any of this footage actually be matched up, using 1982 technology? Sure, at the time, it must’ve seemed like this was a possibility, but now – can you imagine hearing about this concept for a movie from 35+ years ago and thinking it would work? Is this the first you’re hearing about this movie, and you’re in some manner of disbelief right now? Well, rest assured, it totally pays off. The movie doesn’t do a lot of complicated inserting of characters into old footage – à la Forrest Gump – instead filming new scenes that function against the existing footage. A lot of it is funny phone conversations, but they’re almost equally effective with same room sequences. And Martin has the patter down, so that the mismatched conversations actually sound like they’re happening – not just in context but in style and rhythm. It’s a hell of an achievement.