Today! Because I’m deaf, you know, but I can hear the bells – 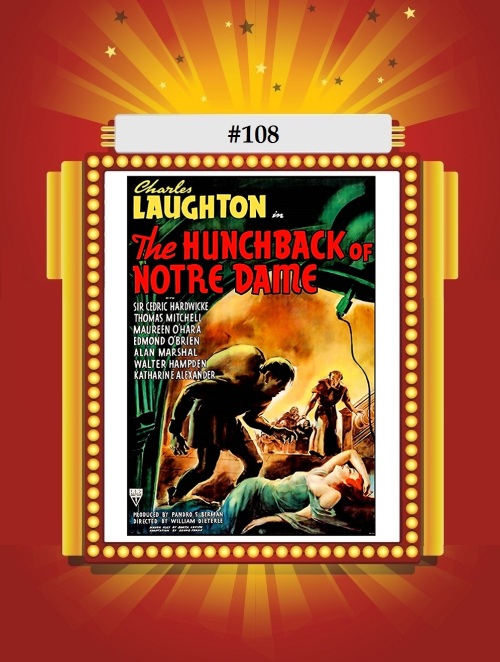 Like many high schoolers going through a classic literature/stage and screen musicals/black-and-white horror movie phase, I got way into versions of Hunchback circa 1996. Now sure, you can rightly ascribe this to Disney’s ballsy animated musical being released that year, but I was also two years removed from reading Victor Hugo’s Les Miserables, so I had landmark French novels on the brain. And yes, reading Les Miserables was probably spurred on by my exposure to the musical, but I’m pretty confident I read the book first. Is that still a thing? People wanting to read the book before seeing a movie/TV version of something? I don’t always do it, but I’ve also delayed seeing movies for years because of this. I didn’t see V for Vendetta until like three years ago, because I had the graphic novel and couldn’t get around to reading it. And I’ve preemptively read a bunch of books and then not bothered seeing the movie if the trailers looked stupid (I’ll get around to watching Mortal Engines one of these days, I figure).

I don’t know, it looked okay, I guess

Anyway, I didn’t read the Hunchback book until after we went to Paris and visited the old bell-ringer’s edifice, not to mention Hugo’s house, in 2013, figuring it was about time, considering how long I’d been into the whole tale. This is the best film version, hands down, even if it’s not my favorite one – see you in early May! – and it takes massive liberties with the plot. I mean, it’s not as far out there as the Disney rendition, but I guess folks largely feel the book ending is unfilmable or highly unsatisfying, because it virtually never gets made.

This is not to take away from the other famous version of the day – Lon Chaney’s amazing 1923 silent film – but part of the beauty of the whole Quasimodo/Esmeralda relationship is in their communication limitations. This does not play particuarly well in total silence, even if Chaney’s performance is still terrific. However, Laughton is the definitive deaf tower dweller, alternately terrifying and heartbreaking. He would play a lot of outcasts and oddities and villains in his illustrious career, but for my money, he was never better than under that pile of makeup transforming from monster to hero in 15th century Paris.

The design is terrific – from the cathedral to the Court of Miracles – and you can see RKO really put in a big effort to give the grand performances an equally magnificent backdrop. Maureen O’Hara – always a little odd in black-and-white – made her American debut, only 19 years old as the lead opposite Laughton, and cemented herself as a star. Classic film villain Cedric Hardwicke is fully up to the task of out-monstering Quasimodo as Frollo, and Thomas Mitchell (who had the best 1939 of anyone) provides some snide comic relief as Clopin. He won the Best Supporting Actor Oscar in ’39 for Stagecoach, but you’ve gotta think his terrific roles here, as Scarlett O’Hara’s father in Gone With the Wind, and as the cynical reporter Diz Moore in Mr. Smith Goes to Washington aided the Academy’s decision. And, of course, none of these are his most famous role:

But more about that later

1939! Often heralded as the greatest movie year ever by people who apparently are unfamiliar with 1975 and 1994! There was no elbow room at the Oscars for Hugo’s masterwork in ’39, so they had to settle for technical nominations for sound and music (there was no Best Makeup that year, otherwise, obviously). And I’m not totally sure about this film’s lasting legacy, as good as it is. Sure, design-wise, it was absolutely the basis for the Disney cartoon, but hell, the Disney cartoon isn’t exactly resonating through the ages either, is it? Are we not a culture celebrating heroic deformities any longer? For shame!

#302 Dead Men Don’t Wear Plaid “co-stars” Laughton and O’Brien are the only advancing Three-Timers today, with their roles in #200 Les Miserables and #170 The Man Who Shot Liberty Valance, respectively, while we have a bunch of new Two-Timers, mostly but not exclusively from mysteries of the era – Marshal and Zucco (#303 After the Thin Man), Hardwicke (also Les Miserables), Sherlock Holmes alums Hohl (#176 The Scarlet Claw) and Borland (#333 The Hound of the Baskervilles), and O’Hara (#147 The Quiet Man in glorious technicolor). 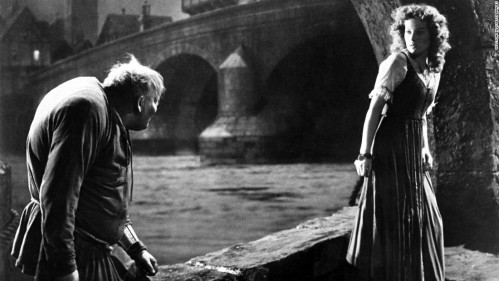 Something is just missing without the red-headedness of O’Hara, no?

Coming tomorrow! If it turns out that there is a God, I don’t think that he’s evil. I think that the worst you can say about him is that basically he’s an underachiever –