Today! Because I’ve always been considered an asshole for about as long as I can remember. That’s just my style – 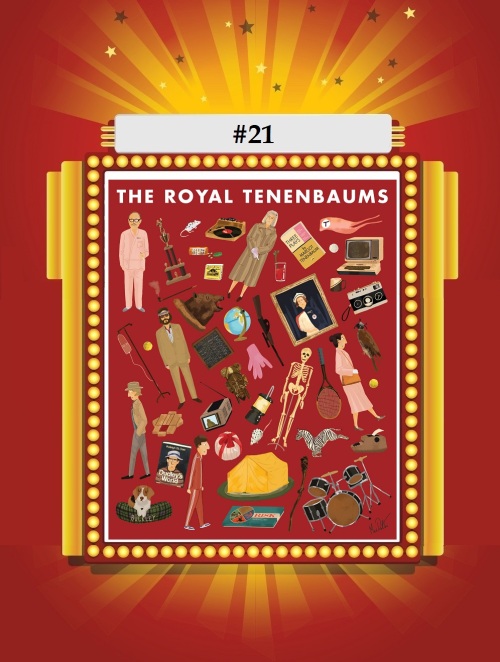 Back in #267 The Life Aquatic, I posited that Wes Anderson’s distinctive style truly began with that film, but the entire blueprint was in place in The Royal Tenenbaums. While Aquatic often feels like an over-directed showcase of filmmaking more than a cohesive movie, Anderson hadn’t gotten all that carried away with himself when tackling his third film, and first after his big breakthrough on Rushmore three years earlier. It would take a little time after Aquatic to reconcile the manner of hyper-detail oriented production design with large idiosyncratic cast to compelling storylines – arguably until Moonrise Kingdom in 2012 – but the rougher version of this concept is fully on display here.

And while most of Anderson’s films work best due to their expertly crafted screenplays and oddball twists, Tenenbaums might be the only one primarily driven by the slate of tremendous performances across its eclectic cast. Hackman was purportedly a nightmare to work with on this film, but he delivers his career best comedic performance as the half charlatan patriarch Royal, in one of his last roles before retiring in ’04 (thanks for nothing, Welcome to Mooseport!). He was snubbed by the Oscars, thanks to that enduring bias against comedies, but did get a Globe nomination, plus wins at the AFI Awards, the Chicago Film Critics, and the National Society of Film Critics. The rest of the cast is no slouch either – Stiller’s apoplectic track-suited Chas, Paltrow’s morose theater maven Margot, and especially Luke Wilson’s shattered tennis pro Richie – the inspiration for one of my many failed Halloween costume efforts of years past. 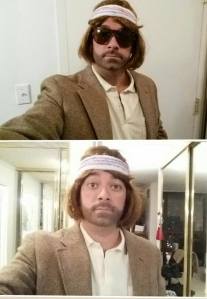 It’s okay, I know I look more Bjorn Borg than the Baumer

END_OF_DOCUMENT_TOKEN_TO_BE_REPLACED

Today! Because I’m the guy who does his job. You must be the other guy –

One would think that a person committed to living in apartments for as long as humanly possible would at least be in their largest one as years and successes accrue. But considering the square foot-to-penny ratio in Chicago compared to North Scranton, it is unlikely I will ever live as vastly as I did from the fall of 2005 to the summer of 2008. It wasn’t the world’s nicest apartment, but it was huge, featuring this giant open staircase area, which afforded me the opportunity of displaying wall decor far larger than I possibly could before or since. Thus, I procured the biggest movie theater poster I could find – the six-foot-by-four-foot Departed canvas, seen above. Man, whatever happened to that poster? I didn’t bring it to Chicago, because come on, the only place that would’ve fit in apartment #1 here was a ceiling.

I’ll admit, the rat is a little on the nose

END_OF_DOCUMENT_TOKEN_TO_BE_REPLACED

Today! Because I lived through the Black Plague and had a pretty good time during that –

What I’m always surprised by when watching Beetlejuice nowadays is how long it takes to get to Beetlejuice himself. Like, it’s nearly an hour into things when he finally shows up, and how much of the movie is he even in? Like twenty minutes? Did the cartoon really warp memories of this movie so much that I think of the film as the Beetle-and-Lydia show, even though they share no happy times together?

One of the oldest ticket stubs I have (I’ve got basically every movie stub since ’87, fools!), Beetlejuice thrilled nine-year-old me to no end. I doubt I knew at the time that this was the director of another young Joe favorite, Pee-wee’s Big Adventure, and certainly wasn’t aware that this creative team was deep in pre-production making the transformative movie of my young life – Batman. Allegedly, it was Beetlejuice‘s box office success that got Burton’s Batman greenlit for definite, after years of it bouncing between screenwriters and directors. So thanks, Ghost with the Most! 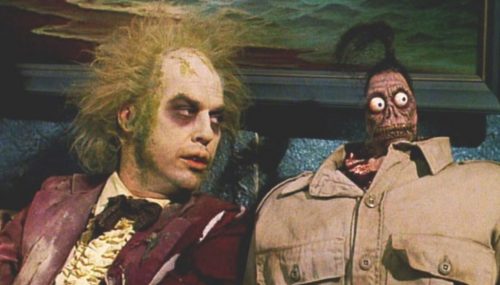 END_OF_DOCUMENT_TOKEN_TO_BE_REPLACED

Today! Because I can go out there tonight with the materials you’ve got and make myself $15,000. Tonight! In two hours! Can you?

Hey, surprise back-to-back Jonathan Pryce movies! Now in the past I’ve mentioned some stage-y films (say, Noises Off) and really stage-y films (Rhinoceros), but then we’ve got Glengarry Glen Ross, which is one of the stagiest goddamn motion pictures ever made. Seriously, it’s what, 80% in the office? Maybe more than that? Sure, they broke some moments out into the rain or that bar, but it’s almost a unit set film, and that set isn’t anything all that striking or cinematic. So how do they counteract this? Towering, screaming performances, that’s how!

Enjoy this one room, suckers!