Today! Because I couldn’t be fonder of you if you were my own son. But, well, if you lose a son, it’s possible to get another. There’s only one Maltese Falcon –

I had a kick for a few years where I would buy people replica movie props as gifts. I don’t know why, it seems like kind of a cool idea, right? Like, you know someone is into a movie and you find some random junk an Etsy store threw together and boom! Box checked on that gift occasion! Got my wife a “Don’t Fuck with Mr. Zero” t-shirt that she never wears in public from this concept! But I think my favorite item I handed out in this weird stretch was a replica Falcon to my dad one Christmas, which came wrapped sort of like in the movie, and does look pretty authentic, to the grainy 1941 film anyway. It still awkwardly sits near the fireplace at my mom’s house, totally not going with any decor scheme attempted. I’m gonna recommend slapping a Santa hat on that guy next year – maybe that’ll help.

Based on the classic Dashiell Hammett novel, The Maltese Falcon is Bogart cool at its peak. At a stretch, he made Falcon, Casablanca, To Have and Have Not, The Big Sleep, Dark Passage, and Key Largo (with a bunch of lesser fare thrown in), cementing his iconic style of unflappable toughness and half-lisp mumbling. And sure, Casablanca is better, and also features Greenstreet and Lorre in very similar roles (They appeared in nine movies together! Greenstreet only made 23 films total in nine years working!), but Falcon has gritty, San Fran crime noir backstabbing at its core, with the most sought after treasure in history hypnotizing the entire criminal underworld. 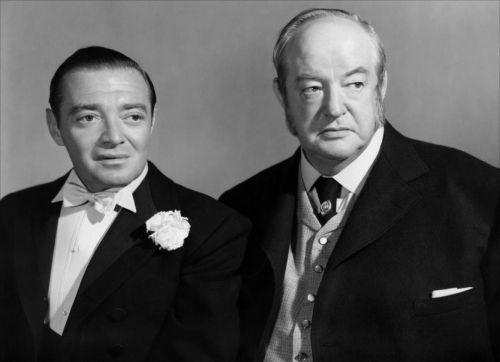 In a fun bit of similitude, no one is 100% sure which Falcon prop appears on screen in the movie, or if it even still exists. A number have been touted as the real thing – a bunch were made, so some are undoubtedly authentic to the time, and one was even sold at auction a few years ago for something like $4 million. However, doubts rise as that version is made of lead – as described in the movie – thus weighing something like 50 pounds, where the assumption is they’d have used a plaster Falcon on set because it would be considerably easier to move around. Is it possible I gave my dad the real Maltese Falcon, and it currently is sitting near a coffee table covered in framed photographs in Scranton? Hell, you don’t know that it’s not!

Nearly titled The Gent From Frisco, as there already existed a 1931 version of the book, this Falcon remake was nominated for three Oscars – Best Picture, Screenplay for Huston, and Greenstreet in his film debut at the age of 62. As alluded to above, he had a brief career not lasting a decade after many years on stage, where he was purported to have appeared in every single Shakespeare play. Sydney Greenstreet’s Coriolanus is merely a memory now, but oh, how they lined up in 1921! And yes, two of his 23 films made the list! Spoiler alert, the other one is a mere three weeks away! Mark that calendar! 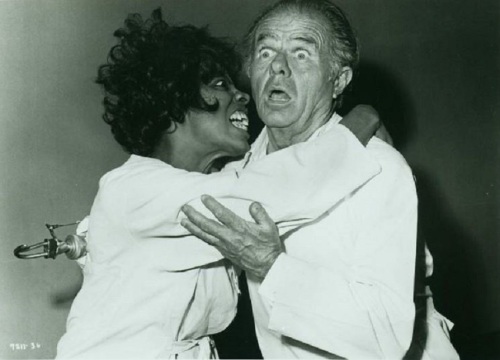 Hell yeah he was in Blacula!

Coming Monday! Now here is a riddle to guess if you can/Who is the monster and who is the man –