Today! Because, technically speaking, the operation is brain damage –

Eternal Sunshine of the Spotless Mind (2004)

A movie of raw emotion and ceaseless, crackling creativity, Eternal Sunshine of the Spotless Mind is quite simply one of the best movies ever made. Look back at other posts – this isn’t something I throw around a lot. Yes, okay, I did say this about Fritz Lang’s M in #247, I think, but it’s not something I’ve said in the last week or two! And I know there’s sort of a knee jerk pessimistic reaction to anyone referring to anything even remotely recent as an all-time great (except apparently when it comes to NFL quarterbacks), but this movie is so different, so wildly inventive, and of such amazing depth that yes, I think if I ever get the balls to compile a 400 Best Movies list, this will have a place there as well. (But will Rocky IV still be #400?? Time will tell!) 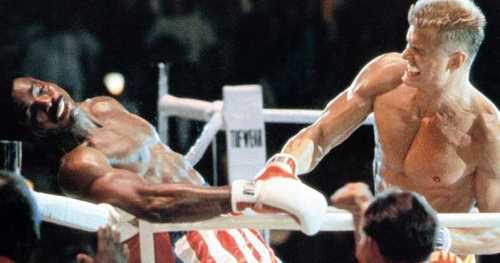 Charlie Kaufman’s Oscar winning screenplay takes us through the travails of Carrey’s Joel, at the end of his relationship with Winslet’s Clementine, when he discovers she’s had him “erased” from her memory, by a somewhat seedy company offering such a service. Joel decides this violent expunging is the best way to move on as well, and signs up. And then we are treated to flashbacks, flash forwards, fantasy sequences, and desperate chases while their relationship is obliterated from his memory, piece by piece. It’s an incredible filmic choice, to have this occupy virtually the entire movie, and to let the characters and story evolve inside this funhouse dreamland of blurred faces and crumbling edifices. But it’s also boldly brilliant, and provides countless surprises and left hooks along the way. Not to mention the bizarre interpersonal drama unfolding by the team doing the erasing – the romantic entanglements of Wilkinson, Dunst, Ruffalo, Wood, and Winslet again.

So why isn’t this goddamn perfect movie higher on my list, you might ask? Well, as much as I admire this film, and love the grandness of the story, and how it digs for such elemental truths about love and humanity, it can also be an almost incessant bummer at stretches through that devastating middle act. This isn’t a complaint – this movie is real life in ways most films don’t even pretend to attempt – but it has always managed to hold me just at arm’s length a bit. Sure, it doesn’t end in complete misery, and the wrap up is wonderful in its own right, but I guess unlike other passionate devotees of this film, I just find I have a hard time bearing up through the ruthless emotional suffering. Again, I wouldn’t change an iota of this movie, but that’s why I’m only slowly sliding it up the big list over the years. Maybe when I’m pushing 50 I’ll only be concerned with quality and not more puerile enjoyment, and then Eternal Sunshine will truly have its day! 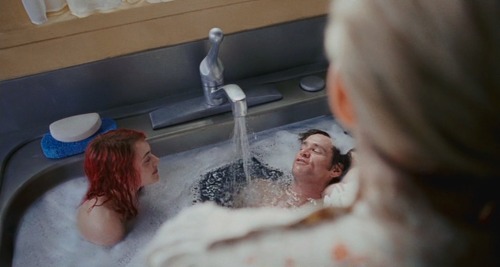 It should come as no surprise that I feel generally outraged this film did not receive more awards recognition – Kaufman aside, it only received one other Oscar nomination, for Winslet’s terrific performance, and in one of the more lackluster years of the ’00s (Million Dollar Baby, Finding Neverland, The Aviator – come on!). The Globes held up better, with Best Comedy/Musical, Actor, Actress, and Screenplay nods, mirroring the BAFTAs, which also included Best Director and Editing. So that’s something, but still a lot of hugely unfair defeats. But Best Underwear Comatose Dance Party? Best Winter in Montauk? No? Boo! 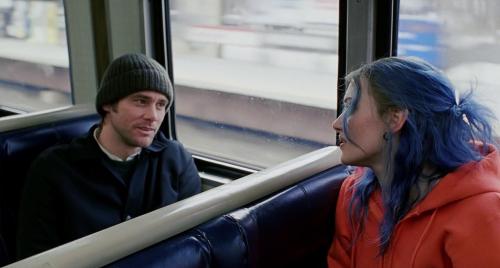