Today! Because I build neat stuff, got a great girl, occasionally save the world – 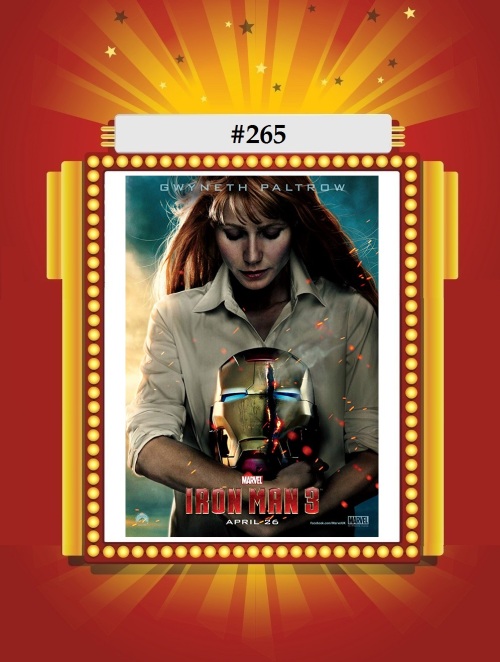 While there are probably more superhero movies on this list than one can be proud of, there isn’t a ton from the Marvel Cinematic Universe. Most of the better ones simply aren’t eligible yet – even then, I’ve got some issues with the general overall direction of things, as I assume some people do these days. No? Just me?

The highlight of the series for me, still, are the Iron Man films, and basically the Iron Man/Tony Stark character. Thor took a long time to get interesting, Captain America has had good movies but by himself is just okay, The Hulk is great in short bursts but there’s a reason they haven’t tried a third big screen iteration yet – no, Tony Stark is the whole reason any of this works. It’s the deciding factor in choosing The Avengers over Justice League, very generally. (In fairness, I didn’t love Infinity War, and as of this writing none of that has been resolved. But I’m not watching DC movies anymore either, except the Wonder Womans I guess.)

Like, come on, when there’s another Spider-Man sequel already scheduled, I’m not all that upset about his “death”

So of the MCU films that are eligible – Iron Man 3, making the cut! I thought the way this subverted the marketing was terrific – Ben Kingsley’s outstanding, ridiculous Mandarin gambit elevates this whole business over Iron Man 2 (which narrowly missed this list, spoiler alert). Sure, the ending is insanely over-the-top, but given the lengthy, mysterious Chattanooga, Tennessee sequence sans Iron Man, I only felt the finale was fitting. You need superheroing in your superhero movies! But the Chattanooga times are my favorite parts of the film. Is America tired of Robert Downey Jr.’s jerk characters being mean to kids and dogs? If not, then I feel okay enjoying his interplay with Harley. What, it’s funny! 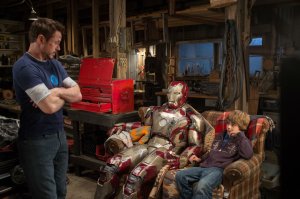 And they finally give Pepper something to do! Some might take issue with her gaining these crazy, temporary powers, and needing to wreck havoc basically in her underwear, but hey, at least she’s not just waiting around to get rescued, right? Guy Pearce’s villain Killian is an interesting enough take on the vengeful, spurned nerd, plus they don’t bog this movie down in too much Avengers stuff, which is the thing holding back the otherwise-superior second film. But in the overall ranking of MCU movies, as of this writing right now (pre-Captain Marvel), where is Iron Man 3? Maybe, ninth? Tenth? Depending how much you like Doctor Strange? Remember, the cut off for this list in the end of 2013, and there are a bunch of stronger MCU films after that.

So it’s probably best I got this list together within these parameters, as in a few years it might’ve been grossly inundated with Ragnaroks and Black Panthers. Wonderfully inundated, but still. Also, I get that The Avengers movies are the money-making priority, but can’t we get an Iron Man 4, for Chrissakes? Is there seriously nothing left to say? Did Tony survive Avengers 4? If not, never mind, I get it. If he did, come on!

Three new Two-Timers include #378 Sneakers’ Kingsley, #347 Memento‘s Pearce, and #278 Zodiac’s Ruffalo, while Happy Hogan Jon Favreau enters the Three-Timers club after his roles in #388 The Wolf of Wall Street and #377 I Love You, Man. But it’s Four-Timer Downey – star of the universe – in the spotlight with his first list foray into superherodom, after appearing in Zodiac, #383 Sherlock Holmes, and #397 Wonder Boys. 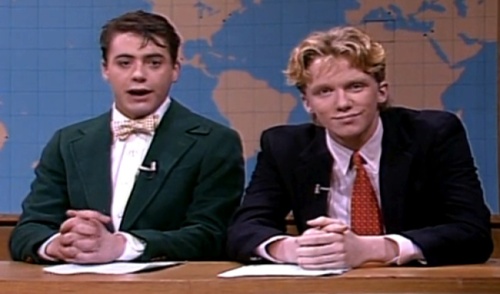 Downey was named SNL’s worst cast member ever by Rolling Stone, which is beyond-words ludicrous. He’s probably in the bottom quarter, but worst? With all of those early ’80s casts to choose from?

Coming tomorrow! For what I am about to receive, may I make myself truly thankful –