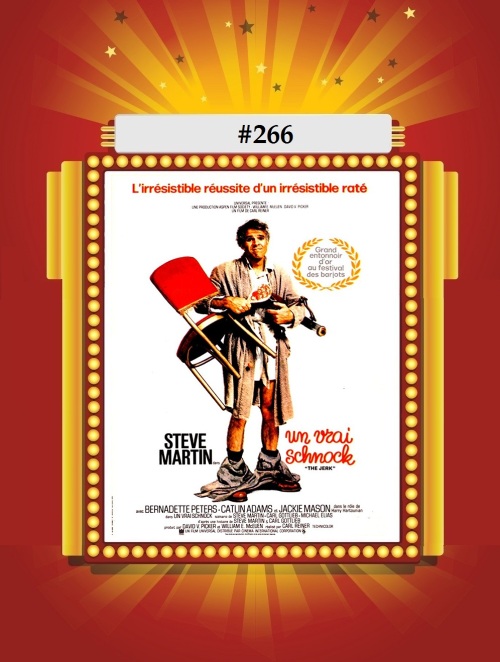 In the first of four collaborations with Carl Reiner, and his first starring role in a film, Steve Martin broke from his tremendous run as a stand-up comic and legendary Saturday Night Live host to instantly become a giant movie star. His four minute bit in The Muppet Movie six months earlier shouldn’t be overlooked in his rapid progression to film glory, mind you, but The Jerk solidified it for good and all, famously starting the film with the statement “I was born a poor black child.”

Pound-for-pound the funniest movie they’d make together, Reiner and Martin worked hard to transpose his wildly popular stand-up persona into something that would work as a film character, and ultimately succeeded by drifting further and further away from it. The idea makes sense, and you can see glimmers of what the original plan was, but locking into a more naive figure – as opposed to strictly a dumb one, or an asshole – makes the comedy come alive better, and gives you a rooting interest you might not otherwise have found in this wacky tale of Navin Johnson trying to find his place in the world. His special purpose!

Terrific supporting characters bounce in and out of Navin’s life, including Jackie Mason’s gas station owner Harry Hartounian (not to be confused with his Caddyshack II character, Jack Hartounian), the always fantastic M. Emmet Walsh as the crazed assassin, Mabel King and Richard Ward as his long suffering adoptive parents, and particularly Bernadette Peters as the object of Navin’s affections, Marie. The manner that she performs this role, opposite Martin’s lunacy, is a study in off-beat acting – not trying to function at the same crazed pace, but still being totally believable inside the absurdity of the story.

A huge hit, but not overly beloved by critics in its day, The Jerk‘s lone nomination of any sort is from that nonsense, defunct bad movie awards group The Stinkers – good riddance, snobs! Ultimately, this movie would make the AFI’s Top 100 Funniest Movies list, and numerous similar rankings, but rarely is it acknowledged for its crowning achievement, Best Kitten Juggling.

Reiner joins Woody Allen and Sylvester Stallone as the rare Two-Timers in both Acting and Directing, for his work on #302 Dead Men Don’t Wear Plaid, alongside #331 Twilight Zone: The Movie alum William Schallert. Co-writer Carl Gottlieb’s role as Iron Balls McGinty secures him Three-Timer status following roles in #396 MASH and #282 Johnny Dangerously, while the namesake of my guppy Steve also joins the Three-Timers with Dead Men Don’t Wear Plaid and #373 Planes, Trains, and Automobiles. Long live or R.I.P. Steve! (As of this writing Steve lives, but it’s a long time until this publishes, and I don’t have a good fish track record) 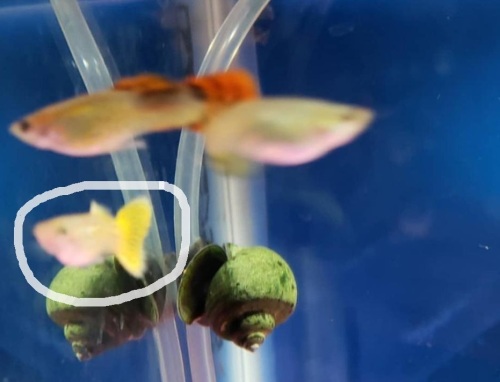 Coming tomorrow! You know what keeps going through my head? ‘Where’s my sandwich?’