Today! Because I have the strangest feeling that I’ve seen that ship before. A long time ago, when I was very young –

Cast your mind back with me, if you will. No, not to the early days of the Eisenhower administration, when this charming, somewhat racist cartoon was made – but to the Christmas movie season of 1991. Twelve year old Joe was on the cusp of publishing his first Favorite Movie List – I’m sure you remember, it was in all the major news outlets of the day, all shuttered now by a general lack of interest in journalism. Perhaps some preliminary versions of it had already floated out to the world, through gossip mongerers or paid informants. And the going word was that Steven Spielberg’s new take on the old J.M. Barrie classic was making a big impact in dorky Joe’s life, that it might even supplant the long-understood top movie of his list (Tim Burton’s exceedingly dark and campy take on a ’60s superhero TV show).

More on this later

Springing from that film – the critically derided but much-beloved (I assume) by kids of my generation Peter Pan update Hook – came a renewed interest in the Disney classic, and given that in those days there was no telling how long it may take for a popular movie to make its way to videocassette, I turned to the next best thing. But in retrospect…

No, this movie doesn’t hold up well. Its stridently ’50s attitude toward Native Americans dominates large sections of the movie, and can’t be seen as anything other than wildly racist. Look, I know it’s a good-natured children’s story, but there’s a reason that most later adaptations of this tale – excepting Joe Wright’s 2015 version, casting the blindingly white Rooney Mara as Tiger Lily – ignore the canon and remove the Neverland Indians from the story. They’re kind of indefensible caricatures, worse really for their very existence in a kids movie. But, again, it’s a very old kids movie. That doesn’t make it right, and I’m not going to excuse it, but there is still a lot else to enjoy in Peter Pan. 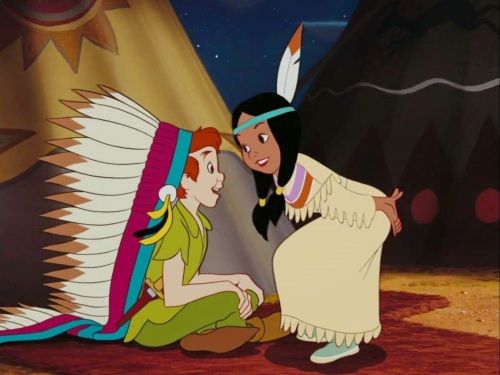 I mean, at least Tiger Lily has some personality?

The songs are solid (“You Can Fly!,” “A Pirate’s Life,” etc.) and the visuals – especially the opening London sequence – are terrific. It’s a slick, quick dive through the story – silly Captain Hook and Smee pratfalls, the villainous crocodile, the voiceless indignant clowning of Tinkerbell – hitting all the plot points before sending the kids back to the United Kingdom. Clocking in at a tight 77 minutes, Peter Pan really worked for me in early 1992, while waiting for the flashy, corny Spielberg epic to make its way into my VCR. We will cover Hook (not to spoil anything) some pretty significant distance of time in the future.

The music was not quite legendary enough in its time to secure award nominations – back then, that was about all you could hope for from animated films – so Peter Pan’s legacy was pretty well resigned to the excellent Disneyland ride, running to this very day! But let’s remedy that with one of the major takeaways from this film – besides that it probably shouldn’t be viewed without some long discussions about political correctness and how things were awful in post-WWII America. Best Asshole Shadow, for Peter’s jerk accessory that becomes detached from his body and leads him to the Darling bedroom in the first place.

Also, Peter Pan is the only movie on this list from 1953, meaning it unquestionably is my favorite film of that year by default! The only other year we’ve set in stone like this so far is ’54 (#345’s White Christmas), again signalling that maybe I need a better appreciation of that decade? Or maybe they needed to make better movies in that stretch. Either way! 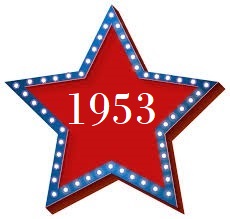