Today! Because I always get the fuzzy end of the lollipop – 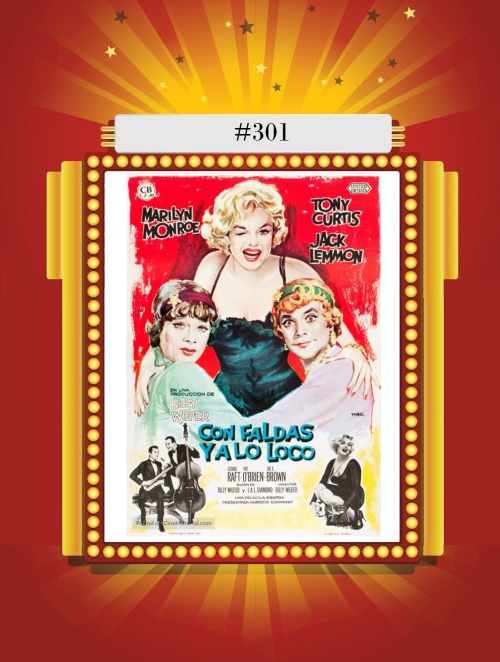 We close out the first hundred list films with the movie the AFI declared the best comedy of all-time, on their list some 19 years ago now (19 years! Gah!). It’s a solid cross-dressing caper, with two on-the-run musicians joining up with an all-girl band, and sexy hijinks ensue. It’s the backbone of all comedy, before a certain point! It’s funny because they’re dressed as girls and they use funny voices! Plus, Marilyn Monroe’s acting doesn’t really destroy anything! But the best comedy of all-time?

I mean, I get it – the AFI is big into the history of film, as opposed to praising new, flashy things. And being the movie with the most jokes, or the funniest jokes, doesn’t necessarily make you the best comedy. But Some Like it Hot is so much like so many other movies that even though it does what it does very well, and with very high caliber performances from Lemmon and Curtis, is it really that amazing? Also, not to bang on the AFI too too much, but the number two movie on their comedy list? Also a cross dressing comedy. Come on, folks! 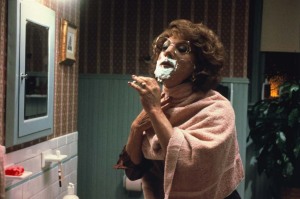 Funny as is it, Tootsie did not make this list

All that being said, Some Like it Hot is still strong across the board. The script is tight, and the complications, while hella contrived, are at least believable inside this wacky story. Sure, it starts dark – St. Valentine’s Day Massacre dark – but that really just gives the film the kick it needs to get on this goofy journey. I guess one of my main issues – besides the hilaaaaarious cross dressing – is that I’ve never been much of a Marilyn Monroe fan. I just don’t get it. She wasn’t much of an actress, even though she popped up in a couple good movies (All About Eve, The Seven Year Itch, this), and she was…attractive? She’s kind of just a Kardashian, no? With a little more comic timing? The most overrated public figure of the last century? I don’t know. Some people swear up and down by Marilyn, and the memes sure seem to say she’s got staying power with new generations, but I’m guessing none of them ever sit through her movies. 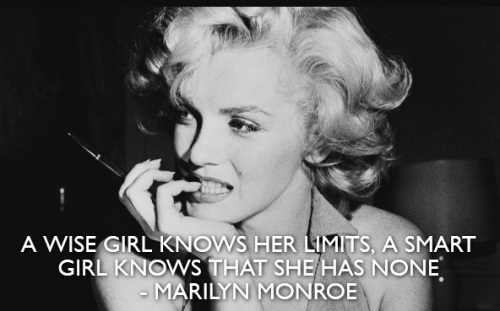 I’ve never looked into if her attributed quotes actually came from her, but…

But again, to straight contradict myself from mere seconds ago, she’s pretty good in this film. I’ll also make the case that this may be the only movie markedly improved by her presence (Tom Ewell is the MVP of Seven Year Itch, and anyone could’ve played her part in All About Eve). This was her third to last, and comes bundled with all the typical stories of Marilyn not being able to remember lines, showing up late, and her co-stars and the crew kinda hating her, but hey, at least she took pin-up photos where she looks kinda innocent and fragile, right? Look, I know she had a hard life, but come on, what is the big deal with Marilyn Monroe? Still, as Billy Wilder is quoted as saying, “It takes a real artist to come on the set and not know her lines and yet give the performance she did.” So, okay!

Jack Lemmon joins the Two-Timers club, coupling this with his non-cross dressing role in #357’s JFK, a film which features its own surprising amount of cross-dressing in its own right. And while it has been praised and awarded endlessly – six Oscar nominations, including Best Director, Screenplay, and Actor for Lemmon, winning Best Comedy/Musical, Actor (Lemmon), and Actress (Monroe) at the Globes, and placed as high as 14th on the AFI Top 100 Movies list, has Tony Curtis never been given a proper honor for Best Cary Grant Impersonation? It’s the whole character! Great job, Tony! 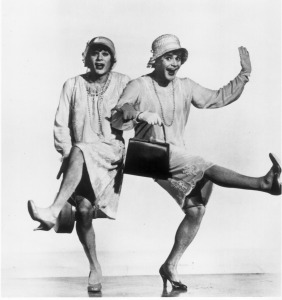 Coming tomorrow! I have to get more pudding for this trip to Hawaii –