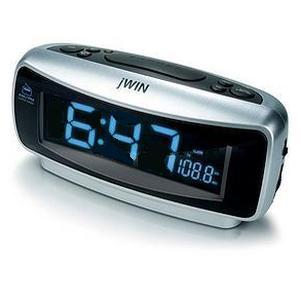 “Let me tell you, Alex Rodriguez needs to make a sincere apo-“

“Save big money at Menard’s –“

6:47. Shit.  I’ve got to be at work by 8.  Dammit.  It’s an hour and a half from stepping out of bed to punching in.  I know that.  It’s always the same, depending on the train, but it’s always pretty much the same.  Okay, okay, yesterday I did the whole thing in an hour twelve, but I got lucky with the train.  Can’t rely on that.

Wow, check out the lint in here?  How does that happen?  Whether I wear a shirt to bed or not, lint!  Ridiculous!  And I wasn’t wearing a shirt that color.  How is that the color of the lint in there?  I wonder if I shaved the hair around my belly button if I’d get less lint.  But then maybe I’d get more, as the prickly regrowing hairs might…wow, I can’t get a temperature worth a damn happening here.  Doesn’t matter, gotta keep going, gotta get there by 8.

I should shave.  No time.  Can’t shave.  But I really should shave.  I look like hell.  I’ve got some meeting today about…something.  Culture?  Some workplace thing.  I don’t know why.  I don’t know how I got picked for this thing.  But I can’t show up all unshaven and messy.  But I don’t have time.  Can’t shave.  Gotta wear contacts then.  The contacts will balance the not shaving.  If I wear my glasses I’ll look like a bum.

What is wrong with these contacts?  Gah!  Maybe they need to get rinsed off.  No Rub solution my ass.  Gah!  Still hurts!  This is terrible.  Can’t wear glasses, though.  Can’t have glasses and not shave.  I’ll look like hell.  Gah!  I can’t get them to lay flat.  They’re all curving in on my eye.  Christ.  The hell with it, I’ll power through.  Better bring my glasses just in case.  I should buy an electric razor, that’d save time.  But then my neck will…wow, I was in the shower way too long.  Really need a clock for the bathroom.

7:20!  Shit!  It’s 45 minutes from locking the door to punching in.  Always.  Except if I get lucky on the train.  Should make a sandwich.  Otherwise I’ve got to buy lunch, that’s eight bucks right there.  No time to make a sandwich.  Gotta get to work by 8.  Dammit.  Okay, gotta remember to make a sandwich tonight for tomorrow so that’ll balance buying lunch today.  Shit.  Maybe I’ll just eat light at the buffet.  Delmonico’s is cheaper after 3.  Maybe I can wait til then.  Save two bucks per pound at the buffet.  But if I’m going to wait until three I might as well just wait until I get home.  I’ll be starving by then.  No, that won’t work.

Christ, wind.  Colder than I thought.  Still, I think I’m sweating from the scarf.  No hoodie was a good idea.  I wish I lived at Marina City.  Commute would be five minutes.  I could wake up at 7:30, make a sandwich, shower, read the Red Eye before strolling over to work.  Dammit.  We’ve gotta move.

I miss the old Red Eye guy.  He was always having a good time and a “Good morning, people!” and “Happy Friday!”  This guy sucks.  Never taking a Red Eye from him.  Can’t read it at work anymore anyway.  Dammit.

Wow, why don’t you just stand right in front of the turnstiles not going through, that’s a great idea.  Ass.  Come on, come on.  Which way is that train heading?  Sounds like it’s coming from…I can’t tell.  They all sound the same right underneath.  I’m missing that train.  Please be going north.  Please north.  I don’t want to just miss the southbound train.  Come on, come on.  Wow, take your time, guy, Jesus. 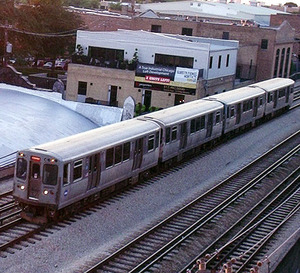 North and Clybourn.  What a shithole.  Makes we wanna pu…wow, gloomy today.  Everyone looks gloomy too.  Some people with no coats!  It’s not that warm!  Christ!  I wish the Purple Line was faster.  Underground on the way to work is depressing somehow.  Getting the view of the city much better.  Stupid slow Purple Line.

Depressed now.  Everyone looks depressed.  What is she reading?  Can’t tell.  Blue cover.  Doesn’t look serious.  Probably some silly girl book about empowerment or shopping.  Stupid.  Who is Chris Brown?  On the back of the Red Eye that guy is reading.  I have no idea.  Why is it a big deal what Chris Brown does?  I’m getting old.

Wow my feet hurt.  No seats at this time ever.  That’s fine, I probably wouldn’t sit anyway, but man my feet hurt.  Can’t keep a balance.  Everything on the right foot when the train is moving.  Trying not to hit this lady sitting down behind me with my bag.  But if I put it in front of me I’ll hit this girl sitting here.  Why do I even carry this bag?  Oh, right, the emergency umbrella, in case it’s not raining when I leave the house but rains when I leave work.  I hate getting rained on.  You know where that wouldn’t be an issue?  Marina City.  It’s three blocks from work and made of windows.  No effective windows at our current place.

Grand.  When are they ever going to finish Grand?  That place has looked like hell since I moved here.  All plywood and spray paint, Grand.  Terrible work, Chicago.  What time is it?  Can’t reach my phone.  I’ll just check the clock when I turn the corner onto Wacker.  I’m gonna be late.  Shit.

“This is Grand and State.  Doors closing. Lake is next. –“

“Doors open on the left at Lake. Transfer to Orange, Green, Pink, Purple, and Brown Line Trains at Lake.”

Okay, get near the door.  I can get to the escalator and up quick if I’m ahead of some of these people when the doors open.  Get near the door.  What was that book?  She was reading The Lovely Bones.  Not as chick lit as I though, but still, kind of.

Still raining!  Dammit!  Umbrella.  This cheap ass umbrella.  I think this is the one I stole from that guy at the Bulls game.  Mine’s the same, but his still seems cheaper somehow.  Stupid guy.  Stupid umbrella.  Stupid Chicago.  Can’t wait to get back on the train to go home.

7:56!  I might make it!  It’s eight minutes from seeing the clock on Wacker to punching in, but that depends on the light at Michigan.  If I can get the crosswalk I might be able to do it.  Come on, come on.  Try not to kill me with that umbrella, lady.  If I swung this umbrella in anyone’s direction it would shatter into pieces.  Cheap umbrella.

No, no, let’s not get carried away.  Three minutes late isn’t ten minutes late.  Plus, I’ll sweat my balls off in Dunkin Donuts.  It’s always a thousand degrees in there, never mind now that I’m already sweating and wearing a scarf and running late.  No, no, let’s just get there.

I hate this job.

2 responses to “In the Morning”