Today! Because they brought their fucking toys with them! 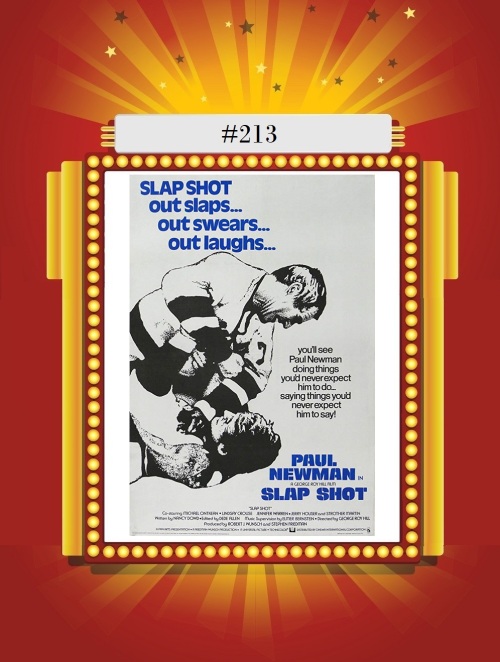 It’s not much of a controversial stretch to declare Slap Shot as the best hockey movie ever made. That’s not a terribly deep well  to draw from. But how about one of the best team sports films of all time? Oh ho, now we’re getting somewhere! Team sports are tough to pull off in a dramatic film – so many characters, hard to focus on individual achievements. But sure, there’s some – Hoosiers, Miracle, The Natural. Sport comedies, however, are way better in a team setting. And coming on the heels of 1976’s Bad News Bears, they rolled out this hard R rated, violent, vulgar hockey flick that became the blueprint for everything from Major League to North Dallas Forty to Dodgeball to Kathy Ireland kicking field goals in Necessary Roughness.