Today! Because we switched a whole study course from the menace of Communism to the inspiration of Hazel Flagg – 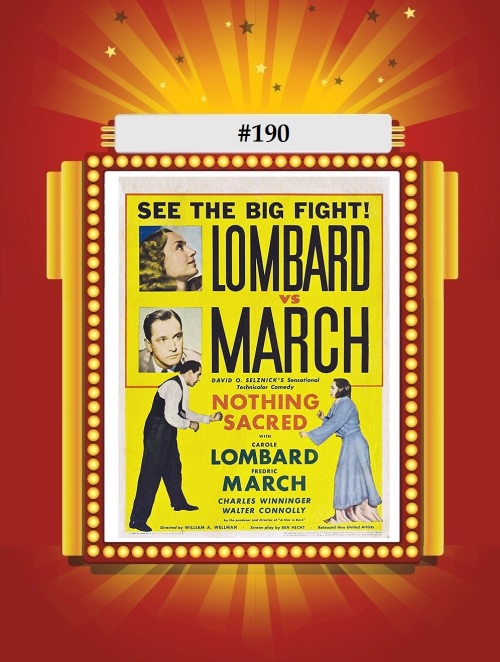 The movie that kicked off my 2018 marathon of every existing Carole Lombard feature (all 42 of them), Nothing Sacred inspired this endeavor by functioning as the purest example of Lombard-led screwballery. The other (spoiler alert) four Lombard films on this list all feature an equally effective leading man performance, be it Fred MacMurray or Jack Benny or William Powell, but Fredric March is just big name window dressing in this all-out Lombard vehicle. She plays small-town Hazel Flagg, incorrectly diagnosed with a rapidly terminal illness, who is quickly whisked away to New York City by an unaware, enterprising reporter hot for a human interest story. Hazel can’t help but get caught up in the attention and glamour, and obvious issues arise when more and more people find out about this deception.