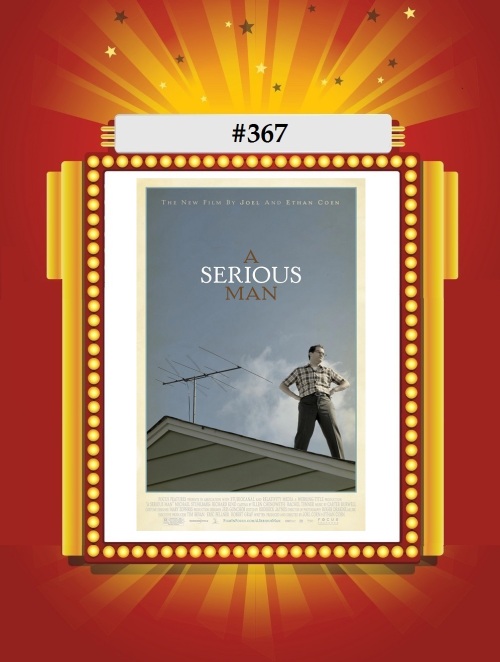 The quality of Coen brothers’ films may have gotten more than a little uneven as the years have gone on, but they’ve never been uninteresting. They’ll pop up a bunch over the next year – they squarely fit my earlier definition of directors whose films I will run out and see no matter what – but their first is this darkly comic family struggle that gave us the fantastic Michael Stuhlbarg as the long suffering Larry Gopnik. His marriage falls apart, his kid is a bit of a mess, and the rabbis are no practical assistance, while Larry continually melts down. It’s a tremendous performance in a largely enjoyable film, mostly ignored on its initial release.

It did manage a Best Picture nomination – they’d just expanded the number of nominees up to ten for the 2009 awards, and a small, mostly overlooked film like this was a main beneficiary – in a year I clearly like more than I thought. This is already the fourth ’09 film, joining #377’s I Love You, Man, #383’s Sherlock Holmes, and #387’s Cloudy with a Chance of Meatballs. At a quick glance, it looks like the next film doesn’t come until #329, so if you’ve only come here for 2009 movies, see you again on May 31st! END_OF_DOCUMENT_TOKEN_TO_BE_REPLACED