Today! Because we’d better get going if we’re going to stay ahead of the weather – 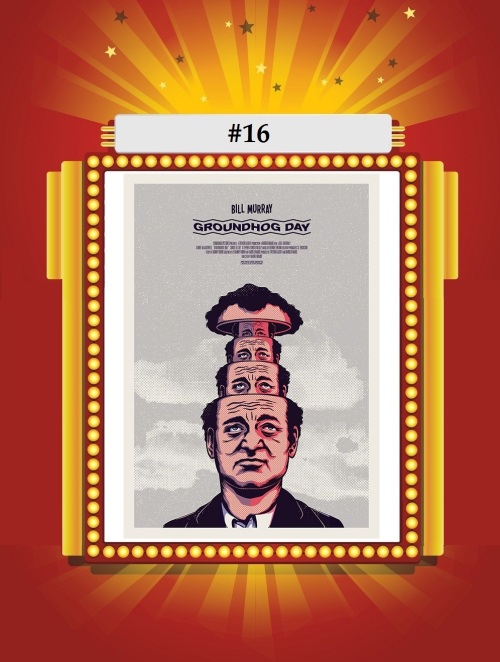 The greatest pure comedy screenplay ever written, Groundhog Day is an unabashed masterpiece, forever imitated across genres and styles but never topped. I like Happy Death Day and Edge of Tomorrow as much as anybody, but the sheer brilliance of Ramis’s handling of this material (and extensive rewriting of the original script) coupled with Murray’s best performance will always give this movie the nod over the knock-offs. 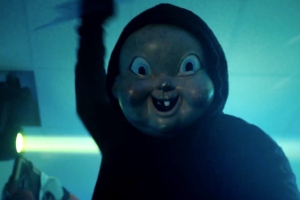 What has certainly helped this movie stick around – besides its obvious greatness – is that it finally gave the rest of the country something to do on February 2nd. Punxsutawney is in the middle of nowhere in Pennsylvania, and appears wholly incapable of supporting any manner of major celebration. Once upon a time we happened to be driving across PA on 2/2, and would’ve needed to stay over somewhere in the western portion of the state anyway, and hotels were jammed literally everywhere around Punxsutawney. Who the hell actually goes to Gobbler’s Knob anyway? Lots of folks, apparently! Is this due to Groundhog Day? It wasn’t even filmed there, probably for the same reason you can’t just pop in on the holiday!

No, it was filmed near-ish Chicago – about 60 miles northwest in Woodstock, Illinois. We chose to drive out there a few years back, having just gotten a new car and wanting to road trip it a bit. It also happened to be 4 degrees out that balmy March, so most of the pictures we took were from out the windshield, and some of the plaques and whatnot (“Bill Murray stepped here!”) were covered in snow. Nonetheless – 2014 Woodstock coming at ya!

The Pennsylvania Hotel is actually an opera house!

Here’s that gazebo they dance in!

The wife at Ned’s corner! 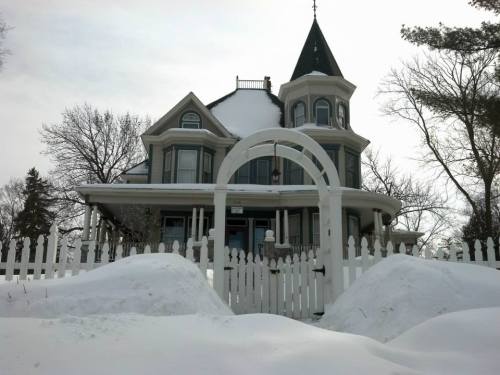 It’s a pretty cute little town. I can’t vouch for the people or interiors, as we didn’t do much in Woodstock, but we always talk about going back when the city isn’t frozen solid. Someday!

There are plenty of MVP options in this one – again, this is Bill Murray’s best overall performance, so it’s hard to turn away from that – but come on, who’s the standout gem in this piece? Who brings endless delight with their every appearance in this movie? Who has the best nicknames? That’s right – 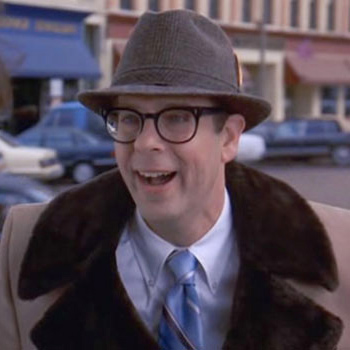 As the wife sometimes mangles it – Ned the Ned

Like fellow deep guild advancer Willie Garson (new Six-Timer!), Stephen Tobolowsky made a bunch of early appearances on this list and then entered a lengthy fallow period, to the point that he only reaches the Fives here today. But hey, being the MVP of one of the best comedies ever made is no small feat! Congrats, Stevie Tobo!

But Bill Murray is in virtually every minute of this film. It’s as Bill Murray a movie and performance as exists, and rightfully earns its place in the great pantheon of film comedy. This is the film that finally pushes Bill into the top slot of the guilds by himself, his thirteenth movie herein, and is my second favorite overall film of his (if you’ve been paying attention recently, this shouldn’t be spoiling news). While the quintessential Murray will always be Ghostbusters, and the wacky, SNL-esque Murray is better on display in Caddyshack, Kingpin, and Meatballs, and a somewhat weightier Murray pops up in the Wes Anderson films, Groundhog Day manages to capture all facets of his acting ability, while providing the greatest degree of difficulty.

While the path of his career would be forced to change because of this movie, we as an audience in return benefited not only from the existence of this genius masterwork, but also from the choices he would make in the following years. Were we cheated out of more great comedies due to the rift sprung between longtime collaborators Murray and Ramis on Groundhog Day? Quite possibly. But would Murray have gone for the great supporting roles (Ed Wood, Kingpin, Rushmore) and wonderfully effective dramatic work (Lost in Translation, Hamlet, Cradle Will Rock) that followed otherwise? Who knows?

This is Ramis’s third and final directing effort on the list, with Multiplicity and Caddyshack, while also being his Four-Timers ticket on the acting side, following Walk Hard, Stripes, and Ghostbusters. And joining list great Garson in the Sixes is Bill’s brother Brian – one of four former (or future) SNL regular in the film cast, along with Bill, Robin Duke, and Chris Elliott! Fun fact – Chris’s father Bob, of the famed comedy team Bob & Ray, appeared in Murray’s previous-but-one effort Quick Change! Huh!