Today! Because I think you have the job, but why don’t I make sure of something – 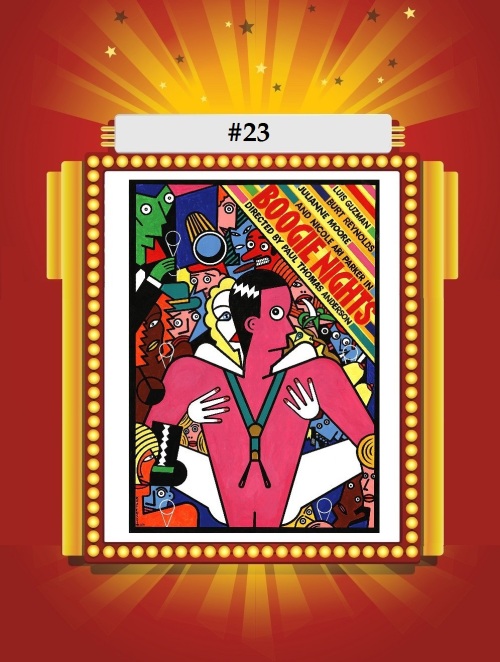 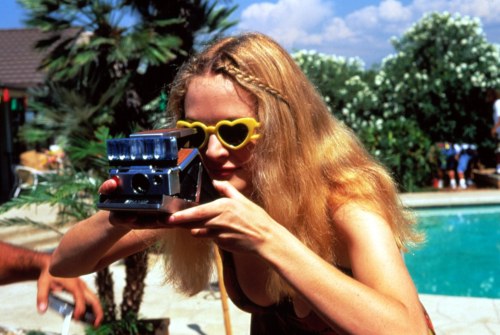 The unceasing greatness of Rollergirl cannot be overstated

I guess this qualifies as a movie about movies – thus I said last week that Ed Wood was my second favorite film in this mini-genre – but it’s hard to categorize. Videotape sex flicks isn’t exactly what I’d normally include – should this sub-category also include, like, home movie movies, e.g. Super 8, Be Kind Rewind, Me and Earl and the Dying Girl? Hell, I guess those are still about the process of filming something, so sure! Tally ’em up!

Boogie Nights was one of the first movies I had on DVD, having seen it in theaters multiple times in that great fall of ’97, my first year in college. I also owned both volumes of the soundtrack on tape, so I could play them to death in the ’87 Firebird I commuted to Keystone in, which would periodically break down in (and near) the parking lot off the entrance. If you went to Keystone from ’97 to ’00, you may have seen it inconveniently blocking the road from time to time. 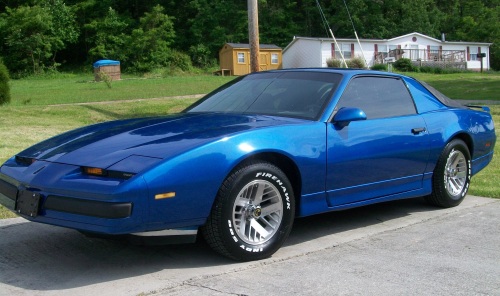 I want to say it was a slightly darker shade of blue, but otherwise this is it!

PTA arguably made better movies (arguably) with There Will Be Blood, The Master, and (if you ask the wife) Phantom Thread, but no others barrel along with a dozen expert performances and a rocking disco soundtrack. Also, incidentally, isn’t it crazy the song “Boogie Nights” by Heatwave isn’t actually on the soundtrack? That’s what the movie is named after, isn’t it? Helluva coincidence if not! KC and the Sunshine Band’s “Boogie Shoes,” however, did make the cut on Volume 2. It’s the most popular-music heavy soundtrack PTA would utilize until Inherent Vice, also a period west coast adventure, with somewhat less nudity.

But seriously, as great as the script is and as wonderfully as it’s directed, just look at this assembled cast. Burt Reynolds got nominated for an Oscar – kind of a lifetime achievement thing, but he’s still solid – and Mark Wahlberg subsequently became a big movie star, so they grabbed a lot of attention at the time, but man, you could’ve put Reilly, Macy, Hoffman, Graham (yes, even Heather Graham!), Ridgely, Hall, Molina, Jane, and Guzman up for major awards as well. Julianne Moore deservedly had the movie’s other Oscar nominated performance, and the group was nominated for Best Cast Performance at the Screen Actors Guild awards, if that means anything to you. This was also the first of PTA’s eight Oscar noms, here for Best Screenplay. He is currently 0 for 4 on Screenplay, and 0 for 2 directing and for producing (There Will Be Blood, Phantom Thread). This crime cannot continue much longer!

(He is also 0 for 5 at the BAFTAs, 0 for 4 from the WGA, 0 for 1 from the DGA, 0 for 11 from the Chicago Film Critics, and has never been nominated for anything at the Golden Globes. Seriously, what the fuck, critics? Sure, L.A. has given him Best Director twice, the National Board of Review gave him two screenplay awards, and he won five awards from Toronto Film Critics over the years, but come on, other major outlets! This is nonsense!) 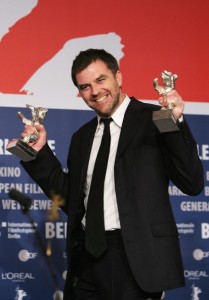 Look how excited he is to win these oddball little Berlin statues!

This is Anderson’s fifth and final film on the list, becoming the tenth Five-Timer director, with I believe the highest percentage of his eligible films in the countdown (5 of 6, for 83.3%). I recently told the wife that I don’t know if Phantom Thread would’ve made the cut had I put this together a few years down the road, and she was borderline apoplectic. I don’t know, as admirable as that movie is – is it lovable? Is it even likable? Same goes for Inherent Vice. I read that book, too, and am still not totally sure what happens in that story.

It probably would’ve made the cut for this scene alone, though

Loads of deep advancing folks today too, including new Five-Timers Guzman and Mel Brooks staple Jack Riley, new to the Sixes Robert Ridgely, Seven-Timers John C. Reilly and Philip Baker Hall, and Eight-Timer Philip Seymour Hoffman! Hell, this is Heather Graham’s fourth movie! Felicity Shagwell herself! I know I’ve mentioned this with a few different movies – Hannah and Her Sisters immediately comes to mind – but Boogie Nights might have the best cast ever assembled. I’ll try not to hand out this accolade too many more times on this list. 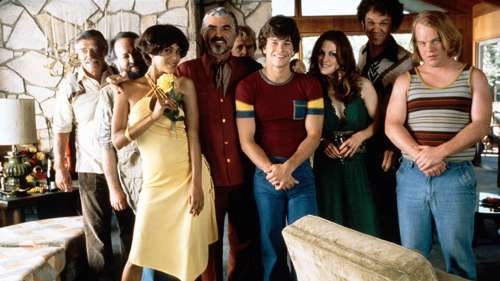 Coming tomorrow! Maybe it was a pervert or a deformed kid or something –