Today! Because I always thought that archaeologists were always funny looking men going around looking for their mommies – 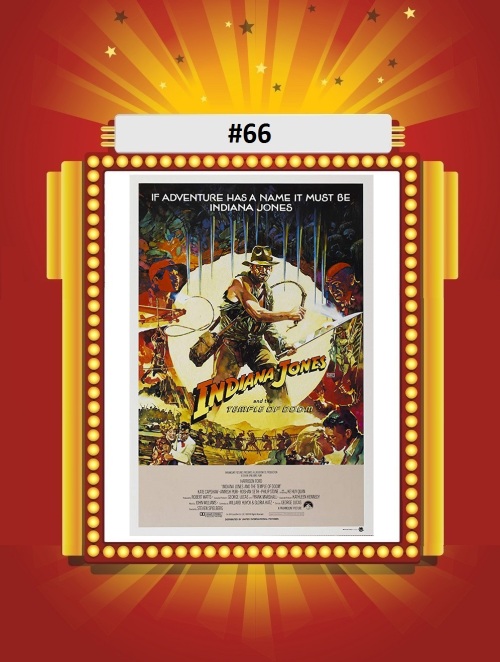 Yes, one of the more surprising reveals to me about my own preferences is that now I’m apparently that guy who likes Temple of Doom more than Last Crusade. I highly doubt this will last, as this ranking has been nothing if not hyper-fluid over the years, but however temporarily I’m taking the oddball non-Nazi Indiana Jones flick as my (spoiler alert) second favorite.

And I think Temple of Doom genuinely gets a bad rap. Why? Because Kate Capshaw’s Willie is a pain in the ass? She’s pretty funny, and manages to hold her own in the later action sequences. What, because Indy is forced to pal around with a kid? Say what you will, but Jonathan Ke Quan was one of the great kid actors of the day, between this and Goonies, and they certainly could’ve done worse for a way younger sidekick (and did, with LeBeouf in Kingdom of the Crystal Skull). Maybe it’s a dumb choice, but the group makes for a pretty fun team on this outlandish Indian adventure. 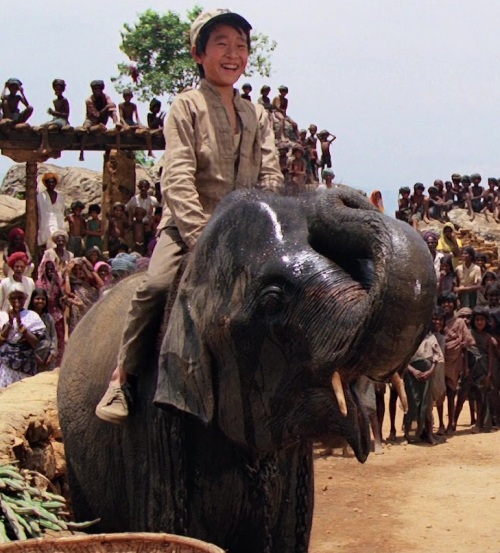 I don’t care what you say, Short Round is great

Mola Ram is the best single villain in the series – what, you wanna take spineless fucking Belloq (a better character, sure, but villain?) or Adolf goddamn Hitler himself instead? Shit, I think Cate Blanchett’s (*checking character name now, as I don’t have total recall on that 4th movie) Irina Spalko (Seriously? Hundred guesses, wouldn’t have got that) might be the second best. It’s not a villain-centric series! Also, the finale on the rope bridge is the best capping action sequence in any of these films. Indy doesn’t get to punch anyone tied up the entire scene in Raiders, and Last Crusade’s temple-crumbling-around-them always felt like a bit of a cop out. Plus, monkey brains!

Oh, what, you’ve got a problem with them jumping out of the plane on an inflatable raft? HE MEETS ADOLF HITLER IN LAST CRUSADE! These movies are teeming with stupid nonsense! Suspend that disbelief and shut up with this dumb argument! It could work, you don’t know! The opening stretch with Lao Che is fun as hell – I’ve often told the wife I don’t know any of the English lyrics to “Anything Goes” but could probably hash my way through it in Mandarin – and is certainly equal to the pointless but exciting flashback kickoff in Last Crusade. And that mine cart chase – holy wow, that’s as great as anything that’s ever been filmed. What is your problem with Temple of Doom anyway, asshole?!

I honestly don’t even know if it’s worth being so defensive about this movie. I’ve only recently upgraded it over the third film and now I feel like I need to fight tooth and nail over that choice. Last Crusade is almost certainly a better movie, I’ll give you that, and neither are in the same league as the original, while both utterly crush the fourth movie, on that we can all agree, unless you’re a complete moron. But you know what, I really enjoy Temple of Doom, for all the crazy sequel-itis it displays (despite it being technically a prequel). It has a freshness lacking from the other follow-ups, and explores some different aspects of Indy’s personality to boot. There is way more chemistry with him and Willie than they’re credited – Capshaw is no Karen Allen in this series, I’ll admit, but for the role she’s given, she does great.

This is the first Indiana Jones movie I remember, and because I watched the first two so much in the mid-’80s, I actually thought this was the first film for a while. I didn’t understand why it would be set earlier if it came later – no one explained prequels to eight-year-old Joe, I guess – so try and watch this thinking that Raiders straight didn’t exist yet. It’s hard to fathom how they’d make that quality leap, but it’s also fun to imagine an Indiana Jones completely separate from biblical adventure and real-life villains of the day.

For all the things Mola Ram is, “realistic” does not come to mind

And Spielberg’s rapid piling up of films continues, with this his ninth, and third of the last six. He has by far the most films in the top 100 of any director (we might get an actor with more…) and he continues to chase down Woody Allen, still sitting at 11, with few yet to come. How exciting! A thrilling chase not unlike that mine cart! Get over yourselves, naysayers! 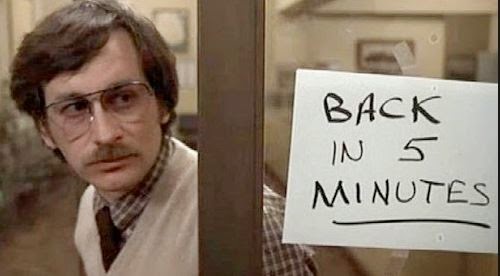