Today! Because if you hold out too long you could jeopardize your credit rating –

Terry Gilliam’s dystopian, bureaucratic hellscape has very little obviously to do with the country of Brazil. Allegedly, in some deleted scene or old script treatment or something, the bug that falls in the printer at the beginning of the film that kicks off the whole misidentification caper is seen traveling across the globe from Brazil, thus the title and the modified usage of the great old tune “Aquarela do Brasil” as the theme song.

I also think of Brazil as the ultimate Gilliam movie, coming as it does after Python and his more fantastic adventures Jabberwocky and Time Bandits, but before the somewhat more realistic goings on in The Fisher King and Fear and Loathing (somewhat is the key there). It merges the two eras neatly – not unlike Twelve Monkeys would later – bridging pure fantasy/sci-fi with relatable human issues in a bizarro satirical context. It’s funny while being frustrating and horrifying in the world they’ve created, while also not being all that far afield from the mundane drudgery of working and living in an even remotely regimented society. Jonathan Pryce’s Sam Lowry being shifted between interchangeable government jobs under paranoid, crazed bosses and sharing a desk with a co-worker in another room all sort of makes sense once you’re out in the workplace for a bit. This is a movie I’ve long loved, for the weirdness and futurism, but have only really appreciated the underlying struggles as the years since college have piled higher and deeper.

Funny enough, like #131 Jackie Brown, I tend to forget about Robert De Niro in Brazil, too, even though he plays the actual inciting figure in the piece – handyman/revolutionary Harry Tuttle, whose name the bug’s demise transforms to “Buttle,” causing that Harry a world of problems and tying the disparate ends of the story together. De Niro is great in this movie too, so rarely was he doing comedies or fantasies or anything of the sort in those days. His Tuttle is half Che Guevara and half Tim the Toolman Taylor, and he has one of the more memorable disappearing acts you’ll ever see in a film. Memorable, again, if you remember he’s in the movie at all.

Because the showier, flashier business of the picture is pretty overwhelming. From Sam’s winged superhero dream sequences to his mother and friend’s extensive, vicious plastic surgery to the torture – oh my, the torture! – to the paperwork – oh, the extensive paperwork! – it is a busy movie visually, and conceptually rough enough to keep track of the various story threads. But it’s glorious – kind of an oddball flipside to 1984 and Fahrenheit 451, but with weaponized sewer pipes and HVAC units.

There is some pretty elaborate duct and hose work!

This is another film with a bunch of different versions in existence – but unlike my wholly unpopular #230 Blade Runner opinion, here I side with most people in preferring the most complete version of the story, running some 142 minutes. What’s referred to as the American edit is about ten minutes less, but fundamentally the same film, while there is also a considerably shorter version with a far happier ending, named alternately the Sheinberg Cut (after the executive responsible for excising nearly 50 minutes of the movie) or the “Love Conquers All” Cut. And, honestly, while you’re not really seeing Brazil by watching this version, it’s not horrible. The original ending is such a kick-in-the-teeth downer that I get why the studio would’ve been nervous about it, and thus this other rendition, that still works as a complete story inside what it is. I just don’t prefer it.

Pretty well acclaimed in its day, Brazil won Best Picture from the Los Angeles Film Critics, as well as Director and Screenplay, and picked up two Oscar nominations, for Screenplay and Art Direction-Set Direction. Still relatively sparse showing at the big awards, despite 1985 not being the greatest year ever – all I’ve got left for ’85 on this list are Michael J. Fox movies, if that tells you anything. Stay tuned!

Gilliam joins the Three-Timer directors with #163 Fear and Loathing in Las Vegas and #148 The Fisher King, while De Niro (#360 Cape Fear, #354 The Untouchables, something else) and Broadbent (#144 Bullets Over Broadway, #167 Gangs of New York, #262 The Crying Game) are leading the way on the actor side, advancing to the Fours! 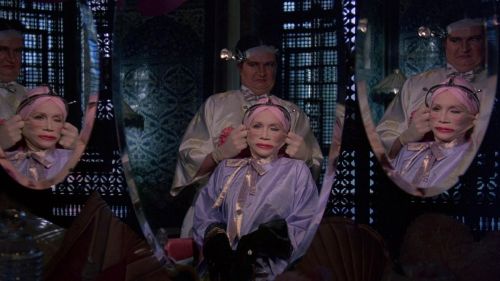 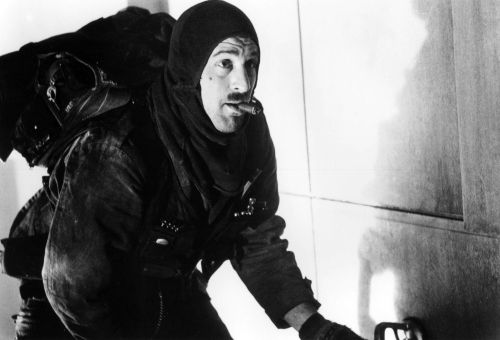 Coming tomorrow! They say that it was so hot in the city today, grown men were walking up to cops on street corners begging them to shoot them –