Today! Because I made my family disappear – 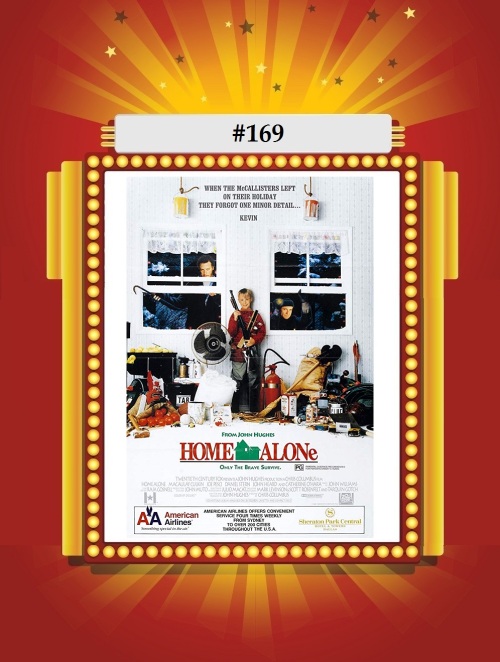 Featuring the best comedic child acting performance ever, Home Alone is a very strange Christmas movie, when you step back and look at it. Like, people have this whole “Is Die Hard a Christmas movie?” debate, because it is just an action movie set at Christmas, but blow-for-blow, Home Alone is a way more violent movie than Die Hard. I mean, it’s definitely a Christmas movie, without question, far more than Die Hard is, no matter what you think, but if what holds the John McClane epic back is the full-on explosive thrill ride-ness of the whole thing (and that there’s nothing “Christmas-y” about it), then how are we just giving Home Alone a pass?

I don’t really want to try and box in what makes a Christmas movie, but on paper, the story of an abandoned child’s violent struggle against criminals out to rob and/or mutilate him is not it. At least there are elements of family and holiday cheer and The Drifters’ awesome version of “White Christmas” in there! Plus, hey, that coarse, smoking Santa Claus! And Kevin hides in a manger at one point!

But the Looney Tunes style third act is a bit much, isn’t it? Like, this is such an accepted holiday classic now that we kind of overlook when Kevin, you know, blowtorches Joe Pesci’s head. It’s all played for laughs, I get it, and it’s funny! But if you got hit in the face with a paint can and flew down a flight of steps, you’re probably dead? Or at least staring down the barrel of a seriously expensive inpatient hospital stay. Comedy!

God bless us, everyone!

As I stated so confidently above, Macaulay Culkin gives the funniest performance by a child ever in a movie. Like, maybe you could come up with someone else who was solidly funny – Bobb’e J. Thompson in Role Models, for example – but no one did the heavy lifting like Culkin does here. He’s acting his ass off beginning to end, and he’s in like 80% of the movie. You can put this right up there with Henry Thomas in E.T., Jodie Foster in Taxi Driver, Jackie Cooper in The Champ, and Haley Joel Osment in The Sixth Sense – it’s that level of greatness, plus, funny! Like, I think it’s Spanky McFarland, Shirley Temple, Macaulay Culkin, and Chunk from Goonies (long live Jeff Cohen!),that’s the comedy kid Mount Rushmore of films. I’m not including TV in this because, obviously, Screech, Rudy, Jan, and the Beav crush everyone.

As an eleven-year-old, I was convinced that the Scranton joke in this movie was only in theaters in the Scranton area, as though they filmed hundreds of versions of that scene, to be shown all around the country. Obviously, I did not understand then what exactly the punchline about Scranton meant otherwise, so this was the only thing that made sense. Like, when you watch it now, it’s kinda funny, but not hilarious, right? However, when I saw it in theaters, at the General Cinemas at the Viewmont Mall in Dickson City, if I remember correctly, the audience died with this joke. So I figured it had to have been planned that way! Ah, naive young Joe! 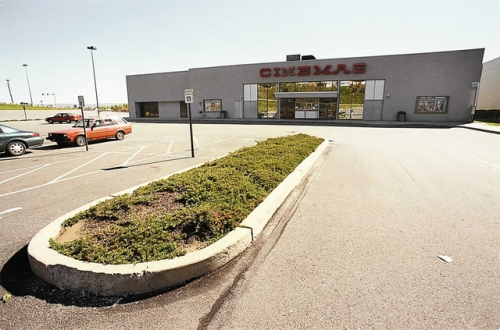 Nominated for two Oscars – Song and Score – Home Alone also scored Best Comedy or Musical Motion Picture and Best Actor nods from the Golden Globes, losing both to that enduring classic, Green Card, starring Gerard Depardieu. Nonsense! Couldn’t we at least have honored it for Best Stolen Toothbrush or something?

The movie is loaded with potential MVPs – from Devin Ratray’s Buzz to John Candy’s terrific polka king Gus Polinski – but I’m going with that most memorable of movie-within-a-movie stars, Ralph Foody as gangster Johnny in Angels with Filthy Souls.

“Keep the change, ya filthy animal.” 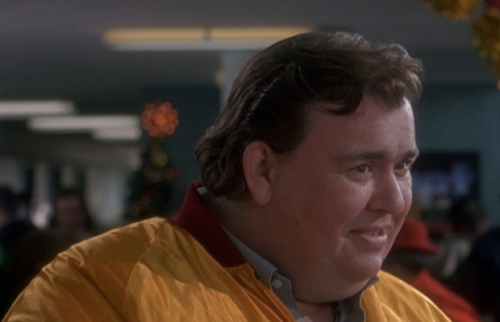 Some have theorized that his character in Home Alone is actually Satan, which is further proof why the internet is completely useless garbage

Coming Monday! It’s a photograph of Norman Mailer. He was a very great writer. He donated his ego to the Harvard Medical school for study –