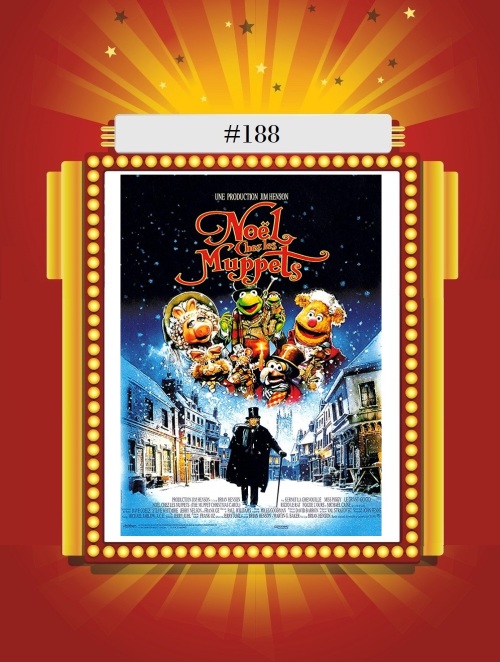 As A Christmas Carol, I think this is the only major film featuring Charles Dickens as a character (more a trope used in stage versions) and the only full length version I can think of that doesn’t include Scrooge’s sister Fan (she is admittedly left out of many shorter versions), not to mention the fact that Jacob Marley has a brother. It is the best of the cinematic musical versions (take that, Albert Finney!), featuring songs from Muppet legend Paul Williams (The Muppet Movie, Emmet Otter’s Jug Band Christmas), and features the only known instance where Fezziwig (here played by Fozzie as, obviously, Fozziwig) lives to the end of the story – seen as an old bear during Scrooge’s final number celebrating Christmas. 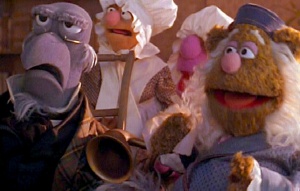 Scrooge’s childhood headmaster lives to an incredible age as well!

Being the huge Muppet fan that I am (as well as a significant Scrooge-aphile), I obviously love their Christmas Carol, but it doesn’t rank higher for me for a few reasons. Don’t get me wrong, it works perfectly well, and manages to break up the relatively bleak stretches in the story with lots of Gonzo/Rizzo jokes – a great addition to the tale, and with Michael Caine giving one of the best Scrooge performances on film. But – as with many of these Muppet adaptations, the Muppets themselves tend to get a bit lost in the whole works. I watch Muppet movies because I enjoy the Muppets, but movies like Christmas Carol and Treasure Island have to serve the story first. So Fozzie is barely involved, with the same going for Piggy in the entirely thankless role of Mrs. Cratchit. This whole era is a great What If in Muppet history, given that they had to scramble for ideas to keep the franchise afloat after Jim’s death. They do admirable work, and the product is hard to fault, honestly, but this one makes me a little sad when I step back and look at it. So much changed in the eight years since the previous feature film, The Muppets Take Manhattan, that this bears little resemblance to the group I grew up watching. They sure tried for consistency – the great Jerry Juhl wrote the film, Williams involvement, Brian Henson’s top notch directing – but it’s just the piling up of little things that nags at me.

There were basically no awards – Muppets and Scrooge typically not winning things, then or now – even though Williams wrote some great Christmas songs and Caine was in between Oscars and clearly at his best. Unfair! I’m not one to throw shade in my genuine awards, but let’s hand out a Best Song Illogically Cut From the Theatrical Release, for Meredith Braun’s Belle singing “When Love is Gone.” They claimed it was maybe too sad or too dark for this middle part of the film, but I’ll remind them about the parade of ghosts that infiltrate 80% of the movie. Poor choice, folks! The scene was reinserted on certain home video releases, and is on the soundtrack, but rarely is included streaming or on television. 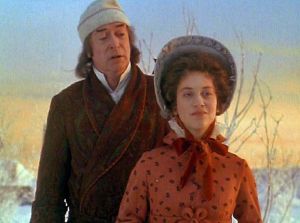 I’d also like to give a shout-out to my favorite throw away line in the film – during the Marley & Marley sequence, after Scrooge makes his Dickens pun about them being more gravy than grave, Statler advises him to “Leave comedy to the bears, Ebenezer” – an obvious reference to their years spent heckling Fozzie and/or Fozziwig, as though in this universe jokes are clearly a bear’s purview. I just think this is such a wonderfully odd detail I feel compelled to highlight it.

Given the number of Ebenezers and Sherlocks on this list, it may come as a surprise that Michael Caine is the only person appearing as both, as the newest Two-Timer, after his comic work in #220 Without a Clue (there were certainly other possibilities – George C. Scott playing a memorable Scrooge in 1984 and on the list as the pseudo-Holmes in #193 They Might Be Giants, Basil Rathbone was cast as the old miser in a pretty cheap TV production and has appeared many times as the great detective so far). Louise Gold also joins the Twos (as neither Scrooge nor Holmes) following her puppeteering on #312 Muppet Treasure Island. And then we’ve got the other big group of felt jockeys, with Goelz, Whitmire, and Nelson all advancing to the Threes, from Treasure Island and #279 Muppets From Space, and Frank Oz goes to the Fours thanks to these plus his Jedi mind tricks in #332 The Phantom Menace. 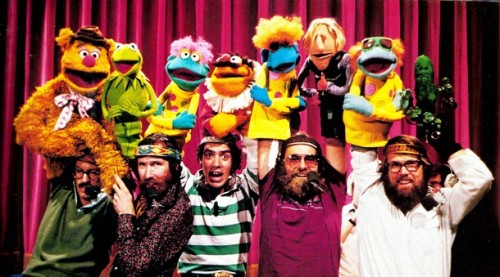 Oz, Henson, Hunt, Nelson, and Goelz from The Muppet Show

Coming tomorrow! We’ve established the most enormous medical entity ever conceived and people are sicker than ever –