Today! Because this isn’t about sex, Gary, it’s about trust!

Okay, I’m not gonna lie, I’m not overly proud of how funny I think Team America is. Like, you remember it being funny too, right? When it came out, we were all still in the early years of South Park, and The Book of Mormon hadn’t come along yet to settle these guys down, so the humor in Team America was crazy extreme. You watch it today, it’s a bit shocking what all is in there. But it’s still funny, in a super inappropriate way.

I decided against the really inappropriate gifs

I don’t know, I don’t think of myself as skittish or easy offended, but I did become a bit more sensitive to other people’s feelings as years went on, at least I hope I did, so…Team America has gotta be super uncomfortable and offensive to some people, right? Or is that the whole point? Figure when this thing came out, we as a people had just started turning against the war. Sure, The Daily Show and such was doing a lot of comedy about how terrible things were getting, but I don’t know that it was as mainstream as it is, say, today. Man, what is the world of December 2019 going to be like? Do we even still exist? Is this future-scheduled into the infinite ether? I may have made a huge mistake, given the current stormy political climate. 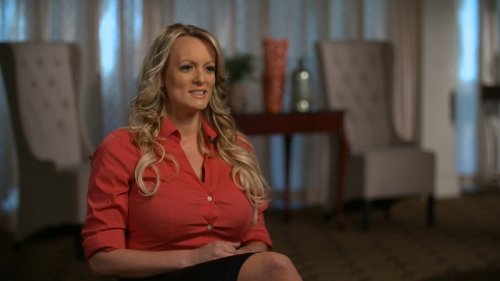 So, point being, 2004 – was this movie so racist, so sexist, so homophobic to reflect on the kind of awfulness of American foreign policy? I didn’t really think so at the time – hell, most jokes Parker and Stone did had shades of these things in all their productions – but looking back now, it could be a heightened awfulness regarding an increasingly terrible conflict that would only get worse and drag the world into the bizarro future we now live in. Isn’t it? Or is it just jokes? I always thought of this movie as groundbreaking satire, and with marionettes no less! But now – is it just super crude, badly aging jokes from a different time?

Am I awful for still kinda liking this movie? Or is it holding up? Virtually all comedies from, say, 15-45 years ago run into this problem – just here and there they jab at topics and things that seem overly cruel. So how much of a pass are we giving them now? And does this movie even apply to that?

So, very much on the surface – the songs are great, the design is amazing, and the marionette sex is still hilarious. Hell, the underlying message of the whole thing is still relevant and timely, even if it’s out of the context of the nightmare that 2004 was, internationally. We’ve got our own domestic nightmares to deal with, thank you very much! You ain’t special, 2004! Man, what is going on by December 2019?!

Has our 46th President taken office yet?

But this movie was waaaaay too much for any sort of mainstream awards back then – thus snubbing such musical classics as “America, Fuck Yeah,” “Everyone Has AIDS,” and that song about how terrible Pearl Harbor is from getting Oscar recognition. Uncool! At least the movie does have the Best Hans Blix Cameo in cinema history!

The only new Two-Timer today is voice acting legend Maurice LaMarche, who just turned up for the first time two days ago in Wreck-It Ralph. Deserved spotlight!

Coming Monday! There’s something in the wind today that’s good for everyone –