Today! Because life is a state of mind –

Hal Ashby’s brilliant decade came to an end with Being There, a character-based comedy featuring an absolutely brilliant turn by Peter Sellers as the simple minded gardener Chance. Upon the death of his boss, he’s thrust out into society, which he only knows from television, and while there are some fish out of water moments, the point of the story is more the way he looks at life. Sure, it can be a little schmaltzy, but figure, he’s surrounded by monstrous politicians and people who don’t understand who he is from the second he’s out in the world, and yet he’s not immediately crushed by the unbearable weight of foreign circumstance. He just gets by, unaffected, even though society is almost designed to destroy such a person. Chance the Gardener – later, Chauncey Gardner – makes it work.

Shirley MacLaine is also magnificent in this movie

Ashby’s ’70s featured #285 Harold and Maude, The Last Detail, Shampoo, Bound for Glory, Coming Home, and Being There – movies that combined for 23 Oscar nominations and 7 wins, including four for acting. That is a solid run! And yet, he wouldn’t make another good film – some people just couldn’t handle the ’80s! I’ve never heard of any curse connected to Being There – it seems like such a happy, ethereal film – but in addition to it somehow ending Ashby’s career, it was also the last film released in Peter Sellers’ life, and Oscar winning co-star Melvyn Douglas would also die 20 months after its premiere. Coincidence?? Yes, don’t be an idiot, it’s just a coincidence. Douglas was an old man and Sellers notoriously did not take care of his heart condition. But what the hell happened to Hal Ashby? And he also would die fairly young at the age of 59, in 1988. Plus, we share a birthday – coincidence?! Okay, that’s just stupid. 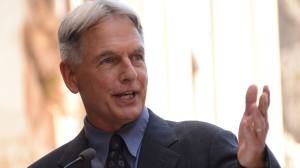 Mark Harmon shares this same birthday, and he’s doing just fine (as of this writing!)

Sellers nabbed his second acting Oscar nomination for playing Chance, and won his first Golden Globe, after a nomination for #245 Lolita and three for playing Inspector Clouseau in various Pink Panther films, while Douglas won his second Oscar, following a Best Supporting Actor statue for Hud in 1963. But little actual credit is given Being There for its outtake credits – Sellers famously hated them, and blamed them for costing him the Oscar, such a switch in tone is created by their appearance. Still, you didn’t see a ton of movies doing outtakes credits back then – Burt Reynolds movies of the time did, but not sure who got there first. So, Best Pioneering Actors Cracking Up On Screen Sequence maybe?

A wide-ranging trio for the acting Two-Timers – Sellers (Lolita), Basehart (#324 Fourteen Hours), and Elya Baskin (#235 Spider-Man 2) – join director Ashby in guild work today, as he becomes the 36th directing wing Two-Timer. This is also his last movie on the list – I’ve never seen Bound for Glory! Maybe it’ll crack through on the 10th Anniversary list – The Set of 500! See you in 2029! 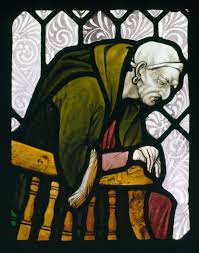 *Artist’s rendering of the list’s author in 2029, currently on display in New South Wales, Australia