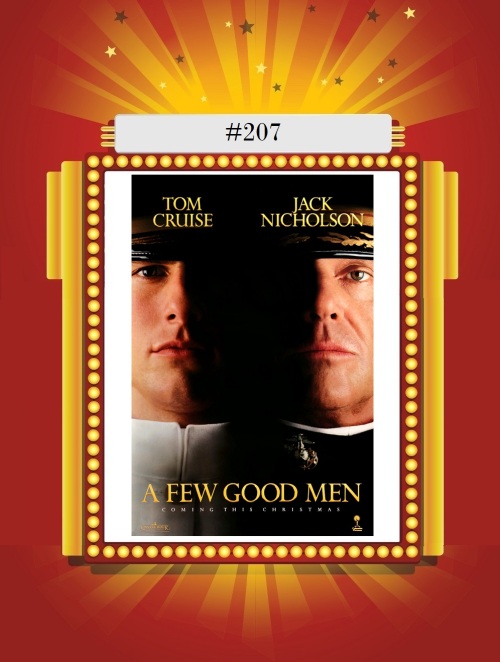 The 65th Academy Awards were the first that I really paid attention to – I had some movie-fan familiarity with prior ones, but this felt like the first year I made a point to see nominated movies, even in that limited, 1992, racing up Green Ridge Street to the Blockbuster in Dunmore, hoping copies were available, world we lived in. And as I’ve mentioned many times, 1992 is the most represented year on this list – this could certainly be part of the reason. Look at the wide smattering of films 12/13 year old Joe enjoyed enough to still remain in the consciousness now, 25+ years later – #262 The Crying Game, #389 Memoirs of an Invisible Man, #219 The Player, #242 Chaplin, #343 White Men Can’t Jump, and so on. And yes, there are still fully eight more movies to come! 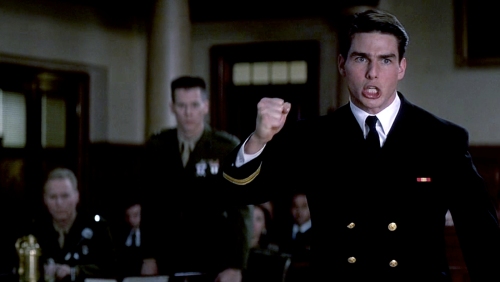 Aaron Sorkin’s wonderfully wordy play is turned into an aggressively shouty courtroom drama in highly effective fashion by Rob Reiner et al. Something I think I tend to forget (and maybe most folks who’ve seen this film) is that Nicholson is only in it for like fifteen minutes. How much of the other two hours can you immediately recall? It’s a solid movie all around, but it does have that anxious air as it progresses, where you’re just waiting for Jack to show up. His devious Col. Jessup is talked about endlessly, so it seems like he’s physically in the film more than he is, where if we’re being fair, by screentime, he’d be listed like ninth in the credits.

Reiner semi-famously was the only Best Picture director not nominated in the corresponding category – the odd man out there being Altman for The Player – and thus would never be nominated for a Directing Oscar (as of this writing), despite having a terrific run of films from ’84 to ’92, with This is Spinal Tap, Stand by Me, Princess Bride, When Harry Met Sally, Misery, and A Few Good Men. I know they’re not a good indicator of anything, never mind talent or skill, but the Golden Globes managed to nominate him four times for directing! Also – and again, I know the Globes suck – but he’s 0-for-9 in his career with the Hollywood Foreign Press, counting five Supporting Actor losses for All in the Family! That sucks! At least he got a few Emmys for it! 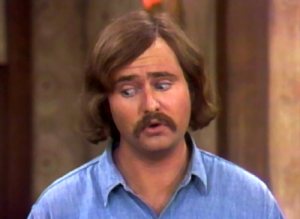 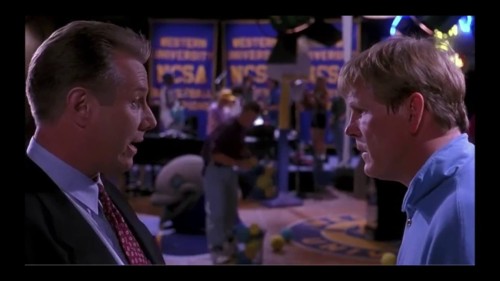 J.T. Walsh is forever the MVP of Blue Chips – eat it, Shaq!

Coming tomorrow! You go tell Raphael that I ain’t taking no jive –