Today! Because now I have a machine gun. Ho ho ho – 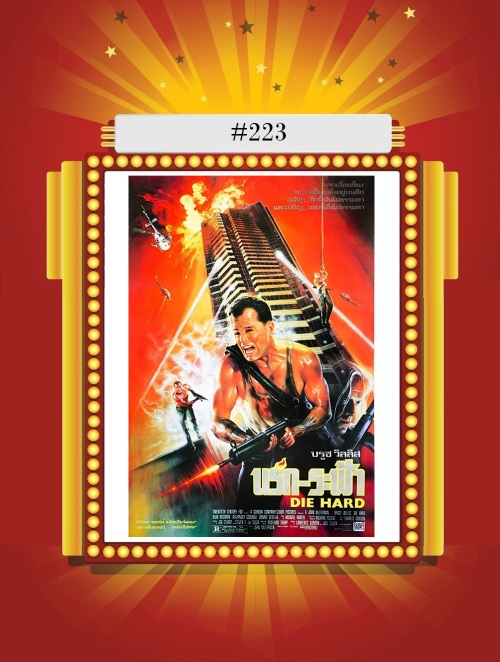 I’ve got a couple disparate ideas on the first Die Hard, none of which talk too much about how great the movie is, so let’s get that out of the way right off the bat. It’s an almost perfect action movie. It’s got a great villain, great little twists, great continually escalating stakes, some pretty funny moments, and the dad from Family Matters at his peak. As it became the template for so many action movies over the next few decades, I don’t think I need to recount the plot, or really anything else about this movie. Die Hard is a masterpiece.

But as the ways to adapt this concept into other action movies ran out long ago – Die Hard on a plane! Die Hard in space! – isn’t it about time we come all the way around to “Die Hard in a Die Hard!” Hear me out – taking footage from the original as the backbone, we have De’voreaux White’s limo driving Argyle (now played by, I don’t know, Brandon T. Jackson) dealing with an entirely different locked-in terror crisis in the parking garage, while John McClane sorts out the Nakatomi Plaza terrorists above. I know, this would require some retconning of story elements from Die Hard, but hey, it’s better than the “Let’s ignore all the sequels and make a new first sequel” idea that has become so popular. Maybe there’s a Russian drug running scheme from a van on level 3! Maybe there’s a secret under-underground human trafficking operation! And the limo driver is our only shoot-’em-up hope! Okay, this might be dumb. Or, is Argyle Hard so dumb it might be great?? 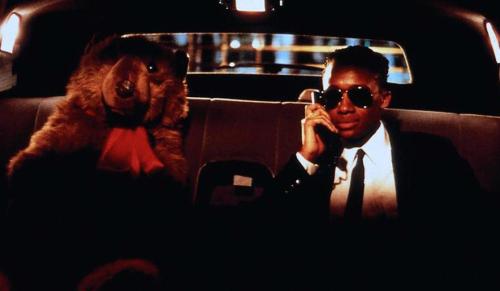 And obviously the bear comes to life as his sidekick

Just gonna throw this out there – do with it what you will – while Die Hard is obviously the best film in the series, it is a pretty good distance from being my favorite John McClane flick. Wait and see how that plays out – but it shouldn’t be too hard to figure what placed ahead.

Also – and I wish now I’d been doing this all along – I would like to name Film MVP (in a movie stacked with great performances) Hart Bochner for his awesomely idiotic Ellis.

I’m not going back and add nearly 200 bits to this endeavor, but maybe going forward I’ll include it. Hell, I might go back and throw it in here and there. So if you’ve noticed MVPs so far, know that I didn’t start doing it until Ellis came along. The inspiration!

But lastly, the whole Die Hard as a Christmas movie thing. Here’s my take – I’m not against this idea in principle. If you’re definition of a Christmas movie is just that it has to take place at Christmastime, then okay! Put it in the group! It’s a Wonderful Life, Home Alone, Iron Man 3, Batman Returns, Love Actually, L.A. Confidential, Lethal Weapon – all’s fair in tinsel and holly! HOWEVER. If you want to get up on that hill and say Die Hard is your favorite Christmas movie, the caveat that needs to be included is that you DON’T REALLY LIKE CHRISTMAS MOVIES. Like, you’re not outfoxing people by utilizing Die Hard as a holiday workaround. It’s not like no one thought of these movies – they just disregarded this narrowing of the definition. Everyone has a pretty set idea about how a “Christmas movie” gets boxed, and it sure as hell doesn’t begin and end with “Set at Christmastime.” If that’s all it takes for you, okay, but that’s obviously not the wide understanding. So knock this shit off, you oh-so-clever sons of bitches.

Willis and Rick Ducommun join the Two-Timers, after their respective appearances in #256 The Fifth Element and #325 Gremlins 2, as well as Holly Gennaro herself Bonnie Bedelia, who first showed up list-wise in #288 They Shoot Horses, Don’t They. Meanwhile Rickman advances to the Threes with his villainous turn predating #293 Robin Hood: Prince of Thieves and #232 Galaxy Quest. But our surprise 20th Four-Timer and only third actress is the great Mary Ellen Trainor! Another small role here, not unlike #227 Scrooged and #344 Back to the Future II, in addition to her larger part in #375 Romancing the Stone – is Trainor your underdog hope to conquer the guilds? Could happen! Spotlight!

Coming tomorrow! We’re on an express elevator to hell, going down!