Today! Because I haven’t seen Berlin yet, from the ground or from the air, and I plan on doing both before the war is over – 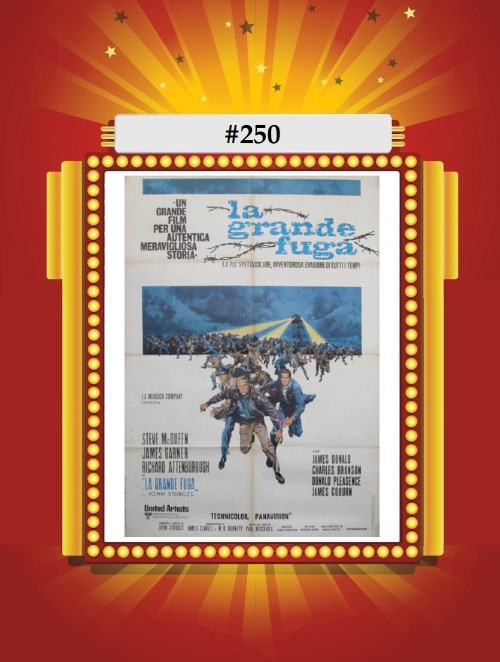 Not to be confused with the Midwestern patio furniture chain of the same name, The Great Escape doesn’t offer much by way of spas and hot tubs, but it is lousy with tunnels! All of your tunnel needs in one epic, Nazi battling stop! Shop The Great Escape! 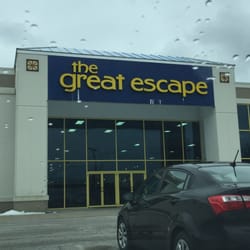 Prisoner of war camps are not overly fun settings for movies and TV shows. Sure, Hogan’s Heroes, but that’s a straight comedy inside one of the stranger concepts in sitcom history. The Great Escape, while hardly a laugher, does have a surprising number of light moments to sustain the huge run time, so if POW misery stretched across three hours of film was putting you off from watching, fear not! It rips right along, with a little bit of levity to aid the way, largely in the form of Steve McQueen’s Hilts, The Cooler King, often a diversion from the escape itself as he gets caught in his own botched attempts at going over the fence and sent to solitary confinement.

The cast of Americans and Brits is first rate, working together in their joint camp to dig multiple tunnels and plot the post-camp flight from occupied Europe in 1943/44. The film is based on a real event, detailed in Paul Brickhill’s book of the same name, and modified fairly significantly for cinematic reasons, but the fates of the escapees and camp are accurate. The digging of the three tunnels – Tom, Dick, and Harry – is probably the most memorable part of the film, often parodied from the laborers method of dirt disposal, by hiding it in their pants and dropping down pant legs in the yard. And these initial camp sequences, and the continual struggles and setbacks they face, are riveting, only to be followed by the all-out chase final act, as the prisoners race to stay ahead of capture on boats, planes, motorcycles, and trains.

Plus, so much digging, for fans of digging-centric adventure films!

And while being based on a true story there was only so much they could do to brighten up the ending, it nonetheless packs quite a wallop. Again, the movie – at stretches – attempts to stay fairly light, and if you’re unfamiliar with the true tale, you might think the stakes aren’t terribly high. Hogan’s Heroes’ fame hurts any initial preconceptions just by existing. So the final sequences connect with all the greater impact because of their unexpectedness, and elevate the film from a good-time caper and chase film to a gritty, hard-bitten war picture undoubtedly much closer to reality.

It wasn’t exactly showered with accolades in its day – a Best Picture Drama nomination at the Globes and a Best Film Editing nod at the Oscars are basically it – but it clearly deserves the Best Bootleg Potato Hooch honor, for their brand of POW liquor. 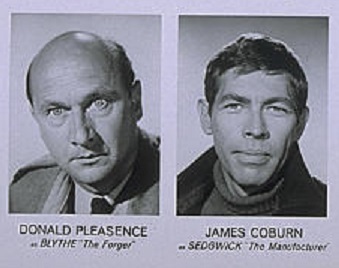