Today! Because I don’t want one position, I want all positions!

Luc Besson’s follow-up to The Professional, The Fifth Element is a crazy cartoon of a movie. A wildly twisted sci-fi film, but I think it’s safe to say this movie is more a comedy than anything else, right? Like, with all the effects (so many effects!) and weird aliens and shooting and explosions, what do you really take away from this film? Ruby Rhod’s crazy cylindrical hairdo! How Gary Oldman’s Zorg’s head would sort of…leak black stuff? Former wrestler Tiny Lister playing the president! “Multipass!” It’s all pretty bonkers.

One of the five best sci-fi hairdos ever?

And it’s just terrifically entertaining. The fact that for decades the only significant English language films Besson made were The Fifth Element and The Professional (which share very few similarities, besides some light moments and Oldman) is pretty astounding. Besson would more recently make Lucy (a decent if forgettable hit) and Valerian and the City of a Thousand Planets (a colossal misfire, apparently aimed at the sect of the population who thought the Star Wars prequels were awesome [and shut up, I only like The Phantom Menace!]), but that’s about it, directing-wise. But what a great start!

The Fifth Element is very basically about Willis’ space-age cab driver Korbin helping the superhuman superweapon Leeloo (Jovovich) elude a gaggle of baddies, led by Zorg, with a bunch of other mumbo-jumbo about mystical stones and the fate of the universe. But then there’s also intergalactic talk show hosts and alien opera singers. Fun fact – Besson was married to Maiwenn (who played the singer Diva Plavalaguna) at the start of the movie’s production, but left her during the shoot to take up with Jovovich. Ballsy move, director! 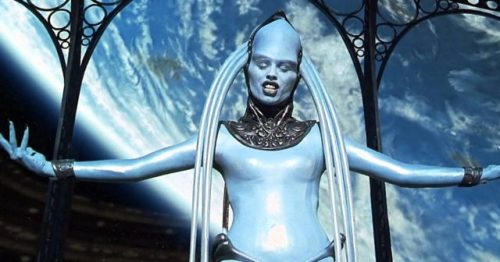 It’s a series of over-the-top performances, especially Oldman and Tucker, mixed with Willis doing typical action hero leading man things (but with a bit of a wink at the whole enterprise) and Jovovich fully establishing herself as a movie star, after bit parts in the likes of Dazed and Confused and Chaplin. Sure, what she has to do here is act bizarre and wear little, but come on, she’s totally believable as an otherworldly being. Her subsequent movie career, so far as I know, consists of like a dozen Resident Evil movies and…other similar action films. So thanks, Fifth Element!

A handful of technical awards and nominations, including an Oscar nod for Sound Effects Editing, balance a few Razzie and Stinker noms for Jovovich and Tucker, Worst Picture, and Worst Director. Seriously, there are so many bad movies in a given year, I’m amazed at outfits taking swings at relatively popular/acclaimed films. Fifth Element is unconventional, but the worst movie of the year? Get over yourself, snobs! Let’s at least acknowledge the movie for Best Futuristic Fast Food, rolling out the McDonald’s gag “65 Trillion Served.” Classic!

Bilbo Baggins Ian Holm joins the Two-Timers after his quick work in The Hobbit, while Oldman follows roles as Lee Harvey Oswald (#357) and Vlad the Impaler (#350) to become a Three-Timer! Spotlight! 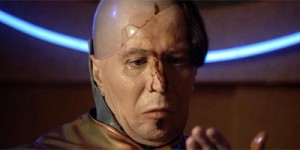 Seriously, do they explain this and I’m just not remembering? What was that?

Coming tomorrow! Have you seen blood in the moonlight? It appears quite black –