Today! Because I can’t help it, it’s in my nature –

Subject of the last good-to-great Boy George song, The Crying Game was a huge critical and word-of-mouth success in late ’92, leading to six Oscar nominations for the relatively new Miramax Films, and on everyone lips was the fact that this movie contained a mind-blowing twist. That was enough to interest thirteen year old Joe, I’ll tell you.

Now, the thing was, I didn’t see this movie until after the Oscars that year, so I full well knew the twist before seeing the film. I mean, Jaye Davidson was nominated for Best Supporting Actor – that kinda gives the whole game away. This wasn’t a Linda Hunt/Year of Living Dangerously situation. But I guess…I thought there was something else, maybe? Now realize, 1992 was squarely my launching point when it came to discovering there were good movies out there. As I think I’ve referenced before (in one of the previous five ’92 entries), this year is by far the most represented on this list, despite not being widely acclaimed as some great year in cinema. So maybe the twist wasn’t so important to me. Hell, I sat through Howard’s End as a 13-year-old, too, so maybe I was just willing to check out anything up for awards.

While an admirable movie, Howards End can be paint-dryingly dull (I’m not a huge fan of period British drawing room dramas, though)

And while this movie sort of shocked my young sensibilities, not being accustomed to this manner of love story wrapped in IRA intrigue, it always stuck with me. Even as a kid it felt like a breakthrough movie. The terrific, tense first act – with Forest Whitaker’s Jody a prisoner of the IRA, and his slow building friendship with Stephen Rea’s Fergus – launching the story into the more famous interplay between Fergus and Davidson’s Dil. Sure, it feels a touch gimmicky in retrospect, but maybe that’s more due to the overwhelming build up surrounding the surprise twist. Nowadays, I don’t really think this would be so shocking – also, there’s no chance the surprise (such a gigantic part of the entire second half of the film) could’ve stayed secret now. And then maybe everyone could focus more on the wonderful, sensitive story of these lonely people, tethered to the expectations of their comrades and society, all the while ensnared in this IRA plot.

Boy George was snubbed but the movie won writer/director Jordan a screenplay Oscar, while also garnering nods for Picture, Actor (Rea), Supporting Actor, Director, and Film Editing, as well as all the same nominations plus Best Supporting Actress for Miranda Richardson at the BAFTAs. The BFI also would name it the 26th Best British Film of All-Time around the turn of the century. Who needs fake awards – Best Captive Urination Assistance or whatever? Get out of here! 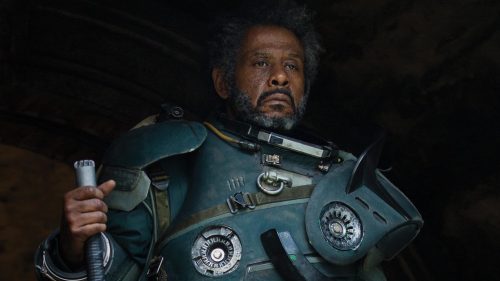 I don’t care what anyone says, I like Rogue One