Today! Because any food that grows here is tough and tasteless. The people that grow here are even more so – 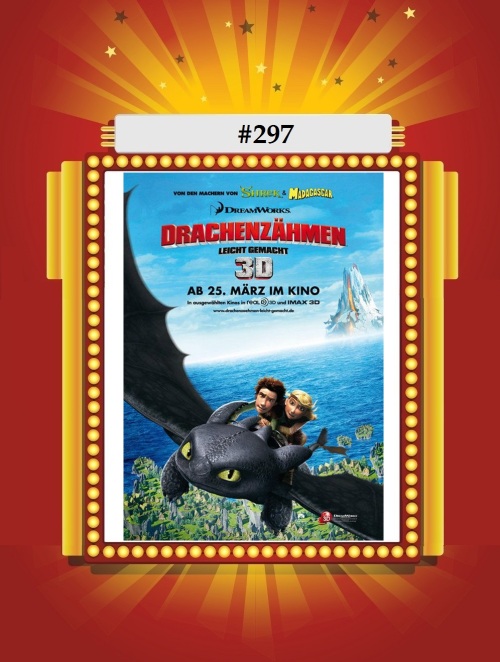 A surprisingly great animated offering from Dreamworks, How to Train Your Dragon took a lot of standard big screen cartoon elements – Kid heroes! Cute big-eyed animals! Parents who just don’t understand! – and mixed them with a stirring story of acceptance and striving to fit in. In retrospect, it strikes me as a movie that’s really better than it needs to be – the critical expectations of animated movies released in March aren’t terribly high. Hell, The Boss Baby came out in a March and made a ton of money, so did The Croods, so did Monsters vs. Aliens – all Dreamworks movies, by the way. But outside of the Shreks, nothing grossed more for the studio than HTTYD, still (I believe) the best reviewed animated movie from SKG (according to Rotten Tomatoes, anyway, at 98%).

Also, has this movie ever gotten the true credit it deserves for paving the way for Game of Thrones? Sure, GoT would probably have been a massive hit regardless, but it’s not like dragon-based films and shows have done particularly well over the years. With the exception – I guess – of the second Hobbit movie, there isn’t even really another successful dragon movie – Dragonheart, anyone? Eragon? Reign of Fire? Sure, Dragonslayer is sorta cute, and Pete’s Dragon has a little staying power I guess, but really, it’s Smaug, Toothless, that one scene in Harry Potter 4, and that zombie dragon knocking down The Wall – that’s dragon screen history. You’ve gotta go back to like Sleeping Beauty to find anything else sorta popular that has the scaly beasts in aa major film role. I could totally be forgetting something, I suppose. 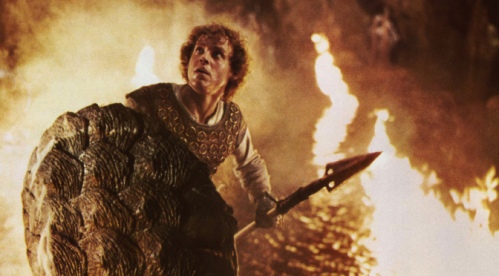 Not that Peter MacNicol doesn’t give it his all

But without this, premiering a full year before HBO rolled out Jon Snow knowing a whole wasteland full of nothing, who knows how popular opinion might’ve gone? Dragons – who cares? But this movie makes these perennial movie baddies sympathetic and lovable, and gets the audience fully on their side, opposite the brutish, uncaring Vikings aiming to kill them.

Also – and this can’t be stressed enough – this movie has one of the most exciting finales you will ever see. Sure, it was all designed to maximize the 2010 craze for 3-D, but it still works very effectively in the less nauseating dimension too. It’s such a stunning sequence that it tends to overwhelm my memories of the earlier, touching parts of the film – Hiccup and Toothless bonding, all the funny dragon hunting training scenes. Plus – and this may be unfair – I feel like the finale is so amazing that it actually undercuts the sequel in a lot of ways. The second movie is still a really strong film – but it couldn’t possibly top how the original wraps up, and feels so cash-in unnecessary that even with dazzling reviews it sort of disappointed at the box office. Shame!

No, for real, it’s a crazy exciting finale

(As of this writing, the third film hasn’t been released, so fill in your own judgement on how the trilogy wraps up!)

Superbad legend McLovin Christopher Mintz-Plasse and Saturday Night Live great Kristen Wiig join the Two-Timers today, following their work in #322 Role Models and #372 Walk Hard, respectively, but it is Jonah Hill nabbing the spotlight today, becoming the 19th Three-Timer after his roles in Walk Hard and #388 The Wolf of Wall Street. 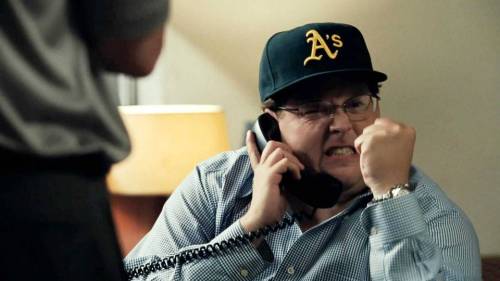 From his first Oscar nominated turn in Moneyball

Coming tomorrow! Something Picasso – he won’t amount to a thing. He won’t, trust me –