But again, I don’t know that this is a reason to denigrate this film all that much. Tim Curry makes a great Long John, and Billy Connolly steals the early part of the movie as Billy Bones, setting the whole adventure in motion. The songs might not be as memorable as in the preceding movies – but hey, at least they did originals, unlike Muppets From Space – but “Cabin Fever” is a minor classic for the franchise. This was the second and last attempt at big screen Muppet adaptations of existing works, with only the TV version of Wizard of Oz in ’05 following in any full length format. I think this is unfortunate too, as while these didn’t make for my favorite films in the series, at least it’s not a continual rehashing of basically the same story in every film, plus the possibilities are endless. In comic books and novels there have been excellent Muppet versions of Snow White, Sherlock Holmes, The Phantom of the Opera, King Arthur and more. Why not make a few of these into features, huh? Come on! 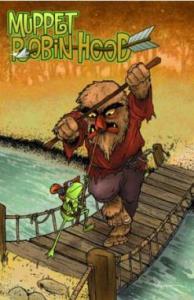 Tell me you wouldn’t see this!

#332 Star Wars Episode I‘s Yoda Frank Oz joins the Two-Timers list – as he was still performing Fozzie, Piggy, etc. in ’96 – along with Long John himself Tim Curry, first turning up here as that sweet transvestite back in #363’s Rocky Horror Picture Show. Spotlight!

Coming tomorrow! Well, I would say that I’m just drifting. Here in the pool –