Today! Because the last three I backed over with my car. Luckily, they turned out to be drug dealers – 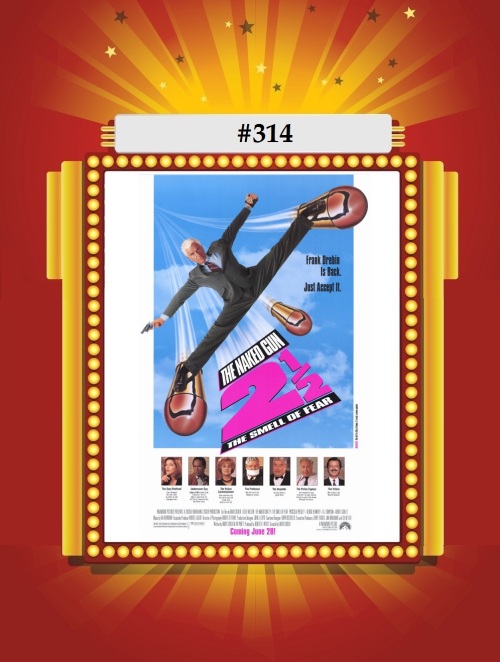 So, what sort of afterlife do the Naked Gun movies have? Not because these excessive sight gag/pun films were done to death in the ’00s, with your Scary Movies and Not Another… franchise and whatnot. Not because they aren’t quite as revered as the grandaddy of this style – Airplane! Not even because Hot Shots! came out in their midst, and stole some of that thunder (even if they were made by the same people). No, you know what the real question is –

Does O.J. ruin these movies for you?

I’ve tried to think of another legitimate murderer appearing in motion pictures, and for the life of me I can’t come up with anyone. I’m sure they exist – and as I’ve discussed with the #MeToo celebrities, it can certainly affect things – but there’s no more famous killer in modern history than the Juice. So – are these films still watched? Has the world just shunned them altogether? People still watch Roots, right? So the O.J. effect can’t be that widespread. Can it?

His work as Kadi is brief and largely forgotten, it seems

For me, I think I can still enjoy these movies mainly because O.J. is pretty off to the side of things. The Naked Guns fall into the same trap as a few other franchises I’ve mentioned – Jaws, Rocky, etc. – where the movies tend to blend together a bit for me, so I might be crediting 2 1/2 more than it deserves. But none of the films are busting with O.J., so it’s not like you overly focus on the fact that he’s around. Hell, these movies are so comically violent and over the top that it’s not like you’re rooting for anyone or have any great sympathy. So if you want to see Nordberg getting the shit knocked out of him every few minutes, this might actually help with any supporting-violent-criminal issues you have, as regards your movie watching. Maybe, anyway.

The second Naked Gun features a fun villain turn by Robert Goulet, and a bunch of celebrity impersonators to tie the Washington D.C.-based antics together. Was this controversial in its day? I don’t remember that. Having George Bush Sr. as kind of a fool and Barbara Bush getting repeatedly whacked around by Drebin – this was okay? I just feel like conservatives would lose their goddamn minds if they made this today, if Trump was a dumb asshole and Melania was getting repeatedly conked over the head. Fox News would ignite in indignation. Maybe we were all cooler with aggressive political satire back then.

This may not actually qualify as satire

Virtually no awards for the second adaptation of the all-time classic TV show Police Squad!, so let’s at least toss over a Best Whistler’s Mother Tattoo, to the real Dr. Meinheimer!

Coming Monday! You gotta tell me – the outfield, the grass – is it spongy?