Today! Because good men like you and me are destined to walk a lonely road – 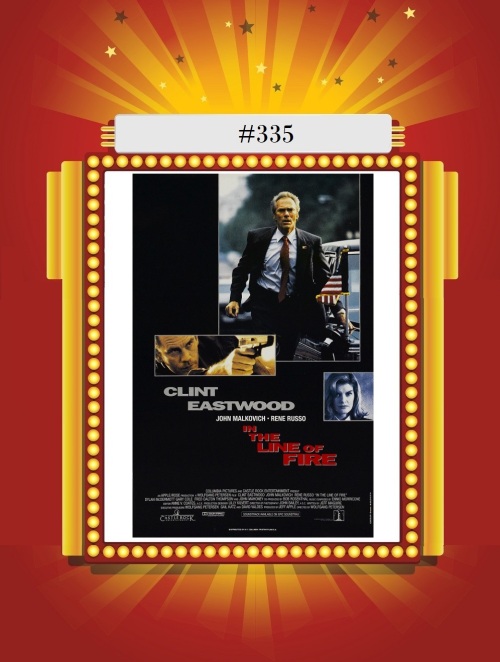 Following on the heels of his gigantic Oscar and box office success with Unforgiven in ’92, Eastwood cemented his Hollywood comeback with this taut, terrific thriller, pitting his secret service agent against Malkovich’s taunting assassin. And really, the only thing in the way of Malkovich taking home his own Oscar was this happened to land in the same year as Tommy Lee Jones work much discussed in this space in The Fugitive (see this explanation in my extensive justification for #337’s Under Siege earlier this week). ’93 was a pretty great year for action adventures – there are nine films from the year on this list, and starting here the next five are all thrills and explosions and monsters! Up until now, it’s been Robin Hood: Men in Tights (#395), The Nightmare Before Christmas (#379), and The Sandlot (#339) though. Stay tuned from here through to the 2020 Vernal Equinox (March 20th, dummies!) to cover the next five!

From the memorable opening sequence where Clint’s Agent Horrigan nearly blows his partner’s head off, avoided only by his supernatural ability to determine unloaded gun weight, to the gripping finale in Los Angeles’ Westin Bonaventure Hotel – a location with elevators so cinematic that this is only the first movie on this list featuring them in an action sequence (you’ll need to return well over a year from now for the other Westin Bonaventure elevator caper – circle July 8th on your ’20 calendar!), it’s a movie that rips right along. And when bullets aren’t flying or rooftops aren’t hosting chases, the film might actually be at its best – Eastwood and Malkovich’s tense phone conversations knit the action set pieces together expertly.

Rightfully garnering a handful of Oscar nominations, including Malkovich, screenplay, and editing, In the Line of Fire also snagged a bundle of other supporting actor and editing nods across guilds and critics circles, but won very little. Thanks, Schindler’s List! Let’s at least hand over Best Prescient Gun Manufacture, for Malkovich’s Booth using his plastic gun assembly method in the climatic sequence. This was well before 3-D printers and all the hoopla over online firearm diagrams! 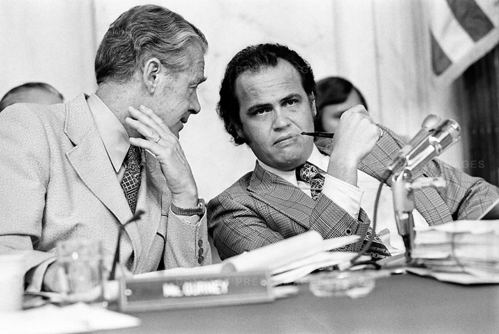 He’s also the rare Two-Timer to participate in the Senate Watergate Hearings in ’73! Huh!