Today! Because I could teach Japanese to a monkey in 46 hours –

This stupid load of gross-out jokes and sex gags came along at just the right time to still find itself on this list. Summer 2000 figures smack dab in the middle of my epic baccalaureate run (Keystone Giants shoutout!), and this bullshit nonsense about a bunch of dudes driving from Ithaca to Austin to recover some hastily made sex tape (relateable premise!) features just enough mind relaxing elements so as to not harsh the party atmosphere of ’00 in my life. Sure, it was marketed as a Tom Green flick, even though he doesn’t factor into the main plot at all, and the commercials emphasized the boobs over almost anything, but there is actually a lot of solid comedy to be found here. Even today, as I rapidly approach middle age and have less in common with every character in this film than I ever did before.

This kicked off a very strong run for director Phillips, who parlayed Tom Green’s mouse eating antics into Old School, Starsky & Hutch, and his biggest success, The Hangover trilogy, over the following decade and a half. So, pedigree-wise, this is a movie worth going back and checking out, if you rightfully ignored it initially, due to the wild abundance of fat and blind jokes. The always reliable Breckin Meyer straight mans it for a Stifler-Lite Seann William Scott, and DJ Qualls steals the whole film as their nerdy, virginal buddy tagging along to get that action. Tons of cameos by good-to-great comedians keep the momentum going, and the result is a perfectly enjoyable, escapist adventure, if you’re 15 to 24, or a nostalgic cautionary tale for anyone with little ones some day dreaming of filming nude acrobatics in their dorm room and inadvertently shipping it to loved ones across the country. Ah, adolescence!

A lot of MTV and Teen Choice nominations in its day haven’t propelled Road Trip to Sight & Sound glory as the years wear on, but let’s at least toss a Best Bus Theft honor, as even though the scene has some stereotypical blind jokes, it does give some comic opportunities for 24‘s great Mary Lynn Rajskub.

Another fun trio of Two-Timers joins the club today, with UCB/#377 I Love You, Man alum Matt Walsh, My Name is Earl/#388 The Wolf of Wall Street‘s Ethan Suplee, and #389’s Memoirs of an Invisible Man great Ellen Albertini Dow. 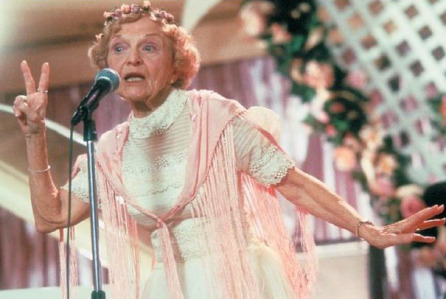