Today! Because when you knocked, he thought you were the candy man – 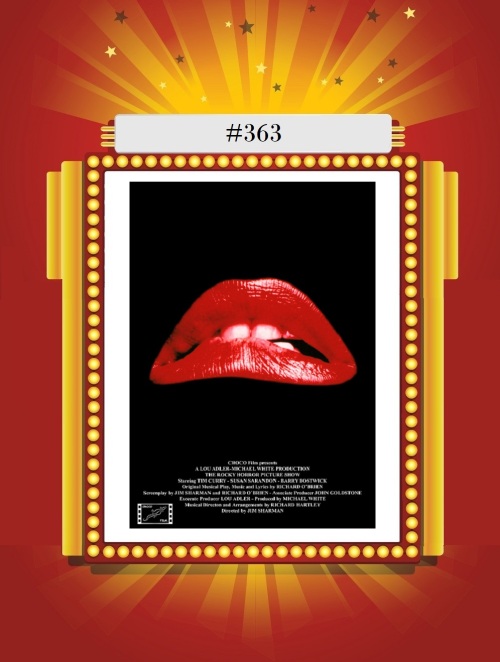 So…remember everything I said back in #386’s Godspell and #369’s Evita? That all still applies with the general musical thing, except I actually think Rocky Horror makes for a slightly better movie. Both of those films are pretty limited by either the staging or the cast, but Rocky Horror doesn’t have either of those issues. Sure, the songs and story aren’t quite as good as the above works, but the overall effect comes over better, even if you aren’t particularly into those sweet transvestite musical numbers.

And why aren’t you, dammit?! This movie is a terrific amount of fun, as midnight audiences can attest for the last forty years. Tim Curry had a wonderful career playing baddies after this, indelible villains like Pennywise and Rooster (even though childhood household favorite Annie did not make the list), but he’s still forever gonna be Frank-N-Furter, right? There’s no escaping that manner of iconic performance. Bostwick and Sarandon are great as the couple of squares who run across this castle of mayhem, and former Blofeld Charles Gray does his best to layer in the horror movie atmosphere through his comically intense narration. 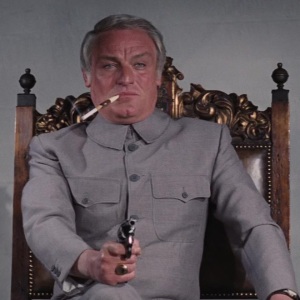 As intense as his turn in Diamonds are Forever

For whatever reason, my sister and I watched this movie every day for about a month during high school. I don’t know if we were fascinated by the midnight movie aspect of the film’s history, or if we watched it once and decided “Well, hell, I need to see that 30 more times.” We were both in musicals in school at this point, but it wasn’t like our long shuttered alma mater Bishop Hannan was going to stage this semi-nude gyrate-a-thon as the fall production at some point. Any which way, I’m able to quote this whole movie from memory. “It’s so much nicer than Betty Munroe had!” I’m also pretty confident it’s the only movie I’ve watched more than, say, twice in a month since I was a kid, mainlining Star Wars for years.

Sure, it’s appreciated now as a cult classic, but in its day? Nothing! Let’s at least award Rocky Horror for its Best Meat Loaf Demise (suck it, Fight Club!), if not Best RKO Inspired Set Piece, for that final, fatal radio tower.

Coming tomorrow! While I can honestly say I’ve told you the truth, I may not have told you all of it –