END_OF_DOCUMENT_TOKEN_TO_BE_REPLACED

The Set of 400: #320 – My Favorite British Theodore Dreiser Tragedy

Today! Because you have to learn to push guilt under the rug and move on –

The best of Woody’s European/Johansson cinematic excursion of the mid-to-late ’00s, Match Point was the first good movie he’d made in some time, and the first solid straight drama since at least Husbands and Wives in ’92 (and that’s still a funny-ish movie). This Hitchcockian-Dostoevskyian suspense thriller feels reinvigorated by a change of venue from the notoriously NYC-centric filmmaker – a move almost entirely due to British funding more than any desire to leave the Big Apple. The cast is first rate, and the script clips right along – something that Woody’s later comedies have a hard time achieving.

This is the only one of Woody’s pure dramas to make the list – as much as I admire Interiors and Crimes and Misdemeanors, I don’t have great affection for them. It is also one of only two of his films made after 1995 to appear here (again, I’m going to warn there is a lot of Woody Allen coming in the next year. And again, yes, I struggle with this – see #349 Broadway Danny Rose for more details), as his later work has been very hit and miss. For every good-to-great Midnight in Paris or Blue Jasmine, there have been five Anything Elses and Cafe Societys. But hey, at least he keeps making movies. And every four or five years or so, a pretty good one. 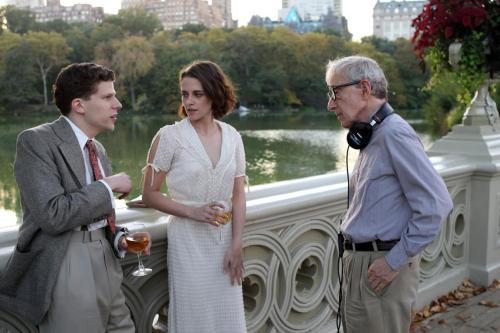